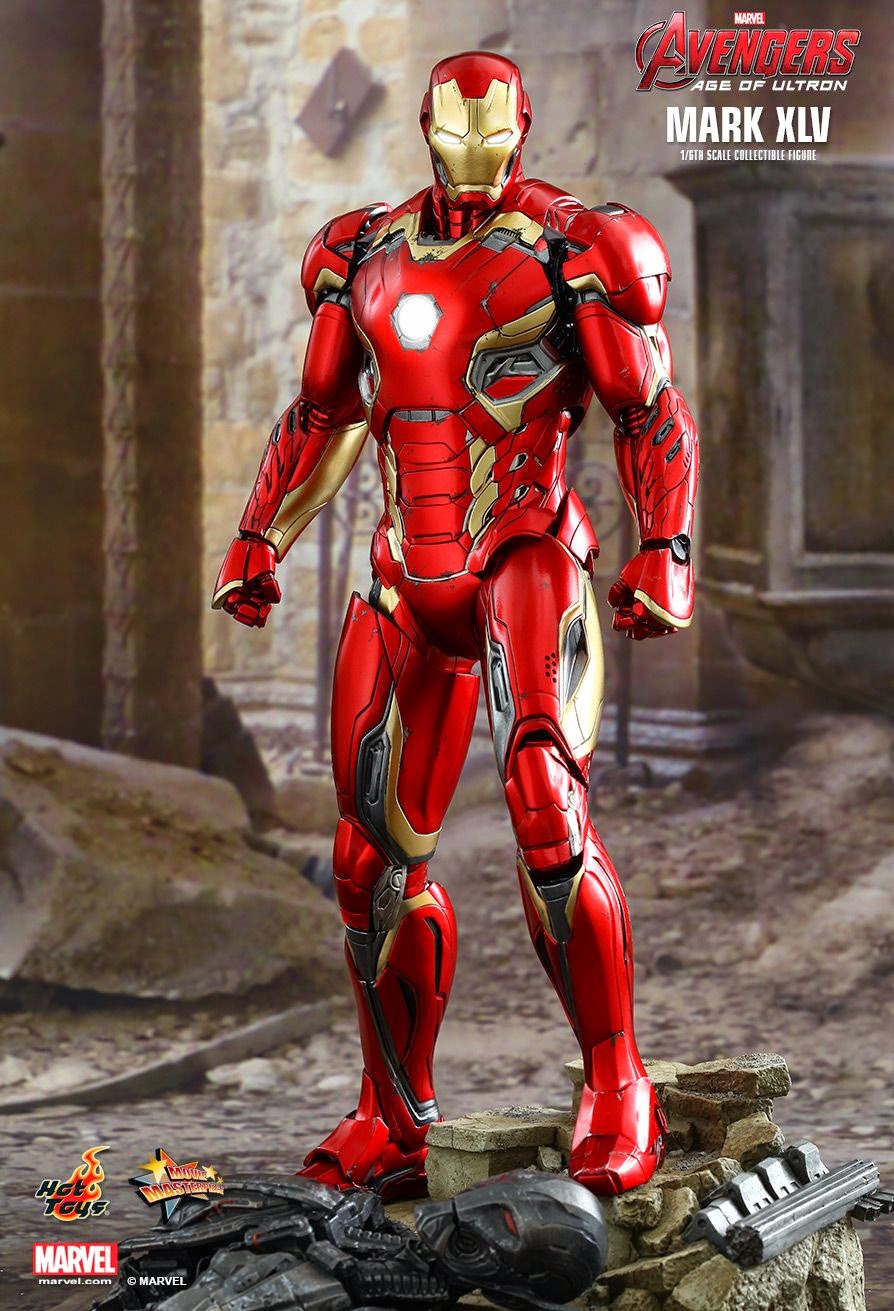 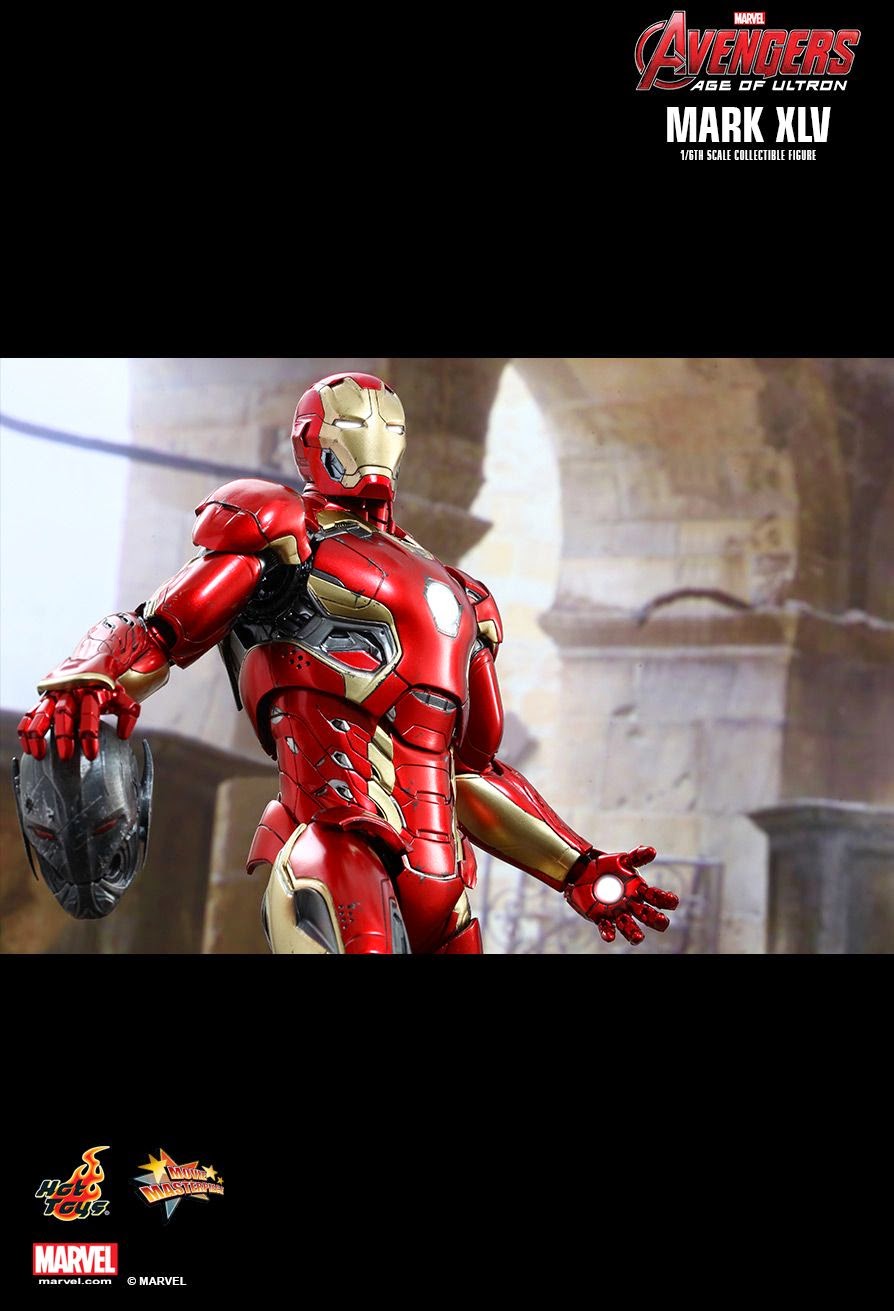 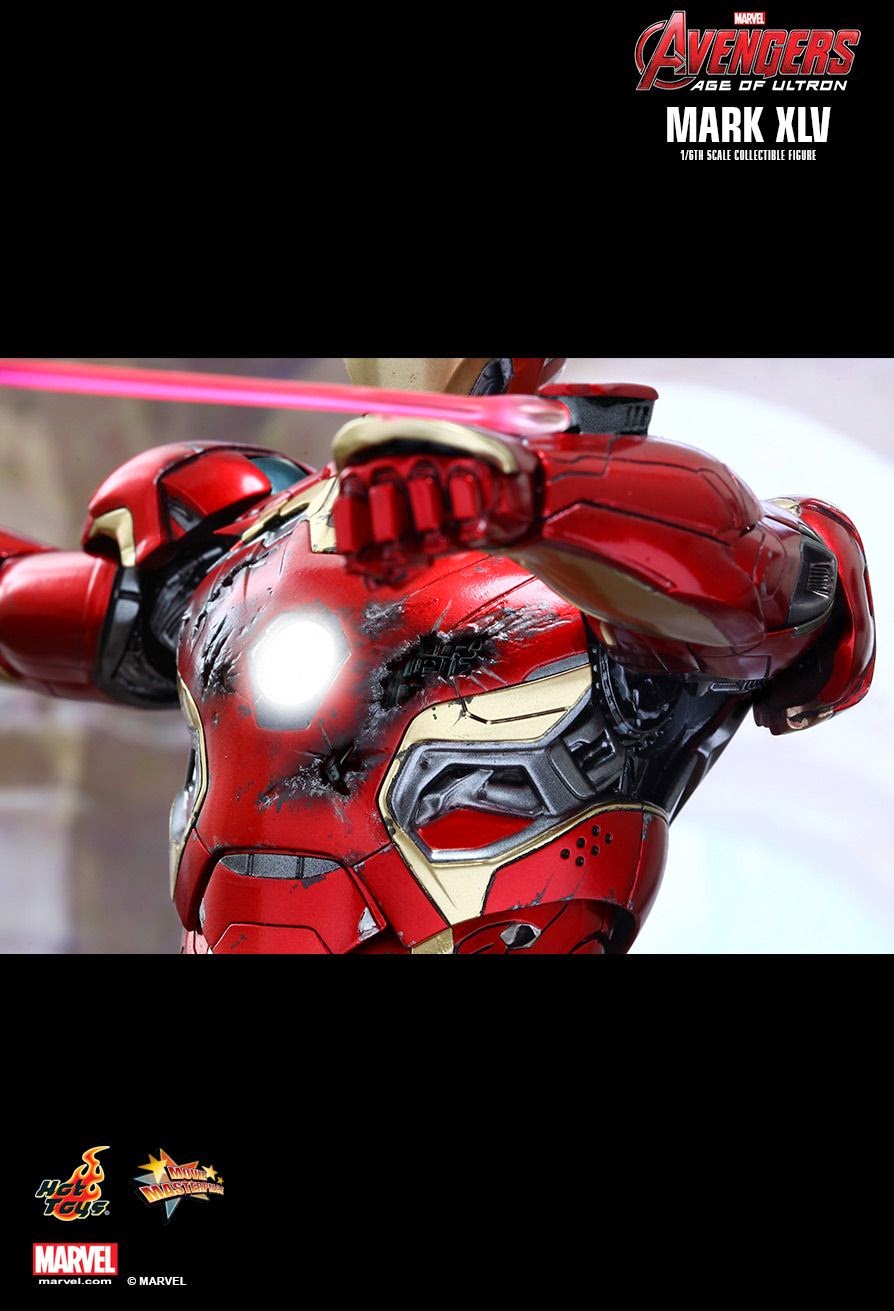 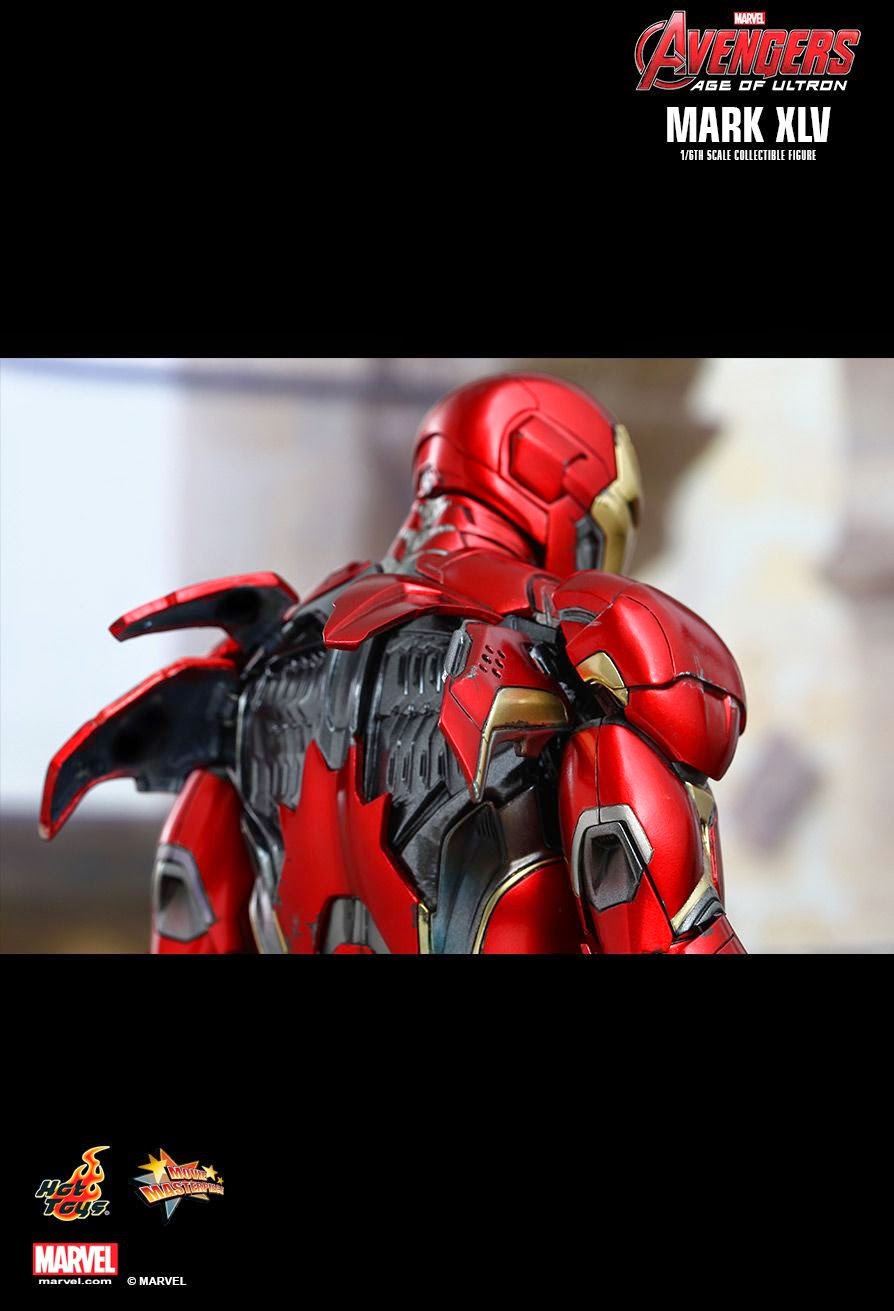 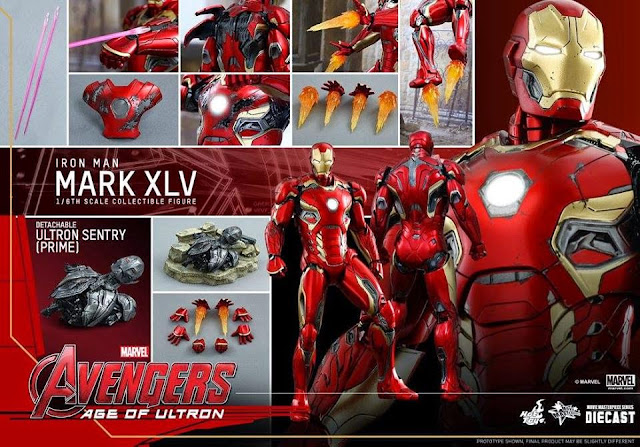 Many fans are fascinated with this new Iron Man Mark XLV armor’s unique streamline and extremely sleek design! And today, Hot Toys is very excited to officially present the collectible figure that many fans and collectors have been craving for – the 1/6th scale Mark XLV Collectible Figure!

The Mark XLV is the 300th Hot Toys Movie Masterpiece Series collectible figure and it is also the latest addition to our MMS Diecast Series which the collectible figures are made of diecast material, and realistically designed to look even more like the armor as it appears in the film.

The movie-accurate Mark XLV Collectible Figure is highly detailed and sophisticatedly crafted based on the image of the armor in the film featuring a meticulously sculpted armored body, specially applied metallic red, gold and silver colored paint with weathered effects, LED light-up Arc Reactor with hexagonal-shaped indent on chest, and a specially designed diorama base with a detachable damaged Ultron Sentry (Prime)!