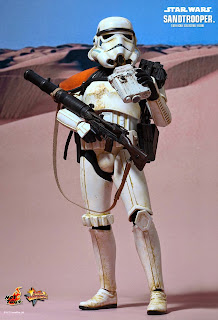 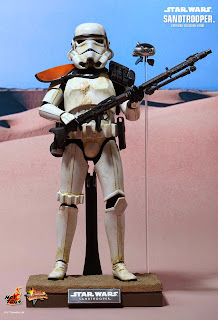 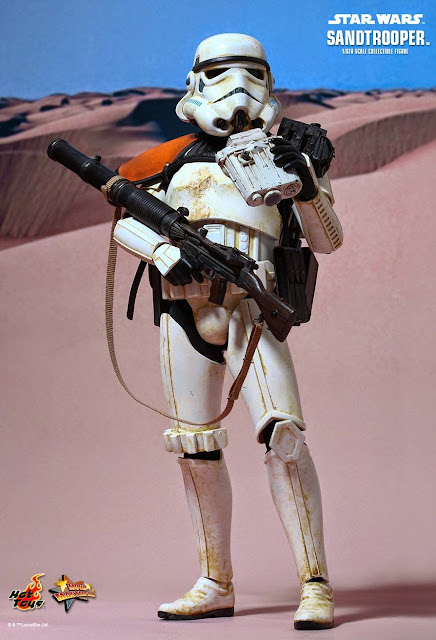 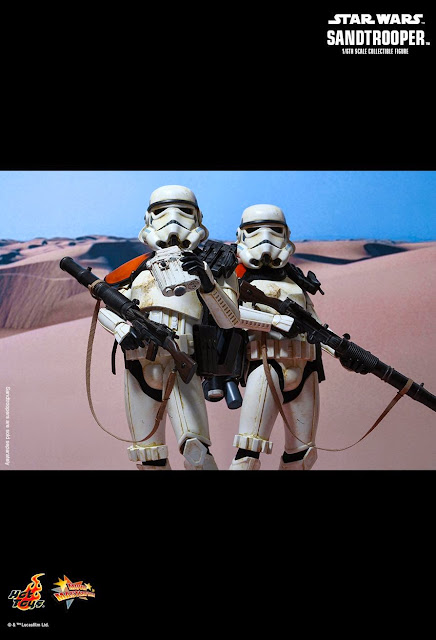 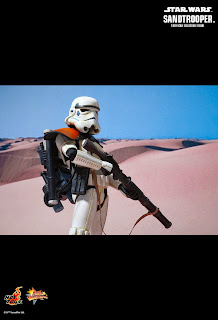 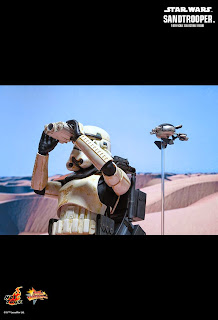 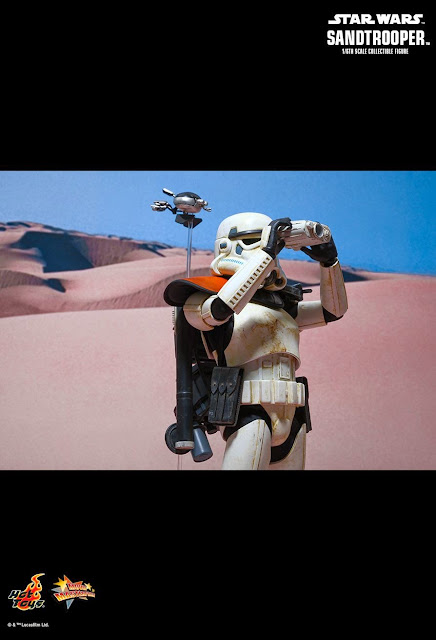 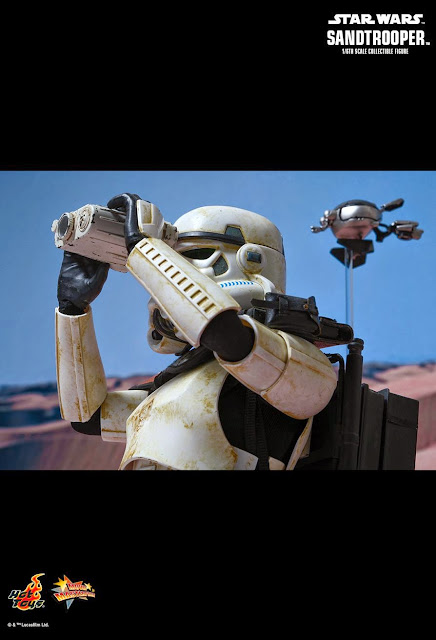 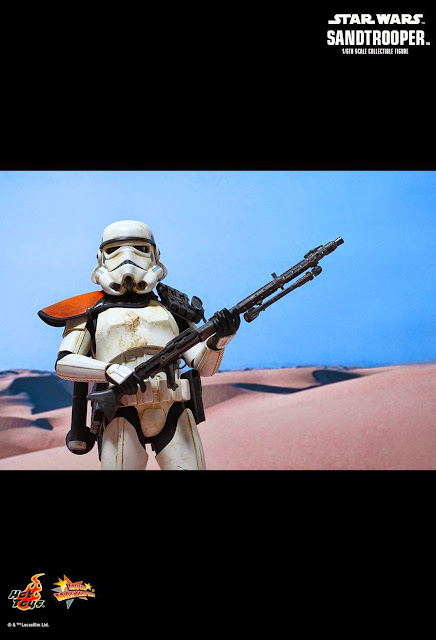 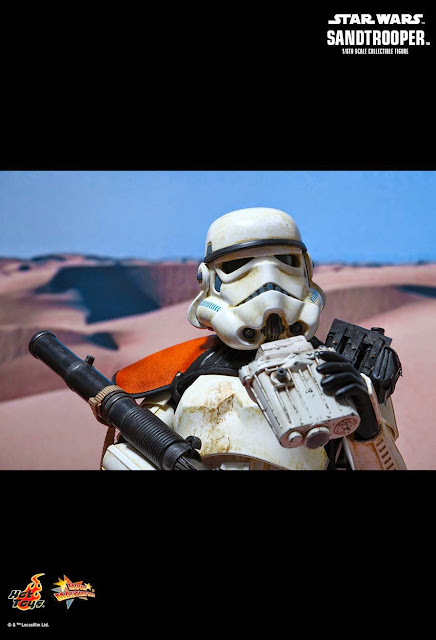 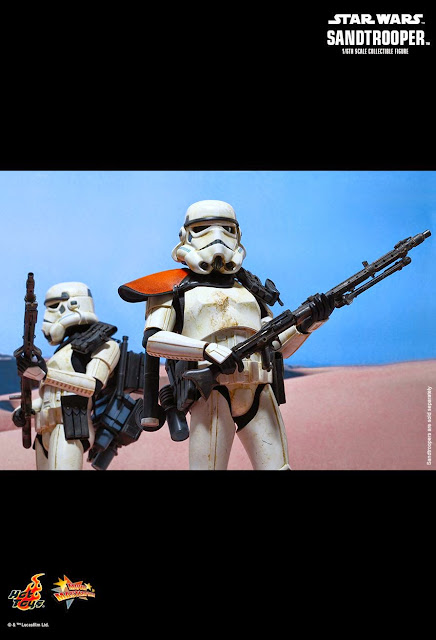 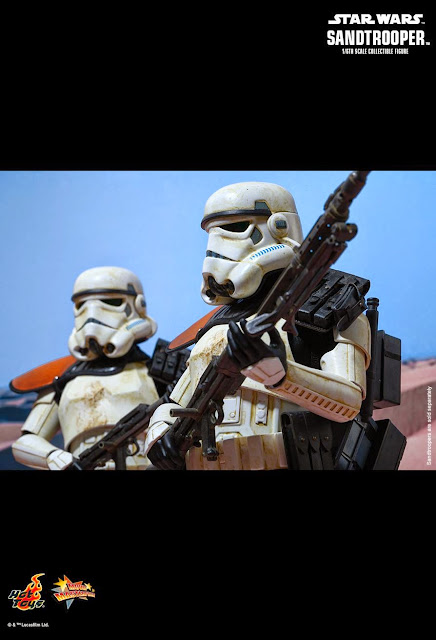 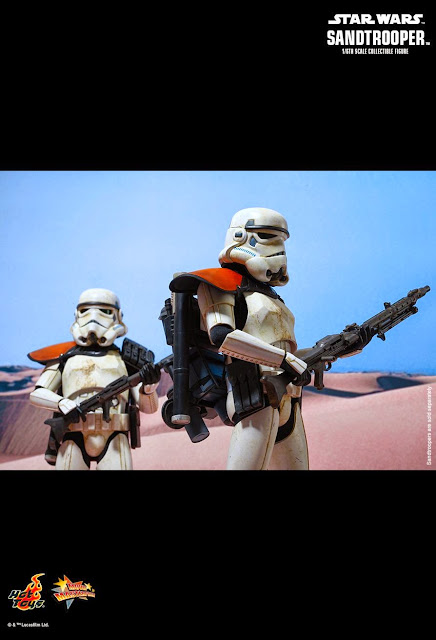 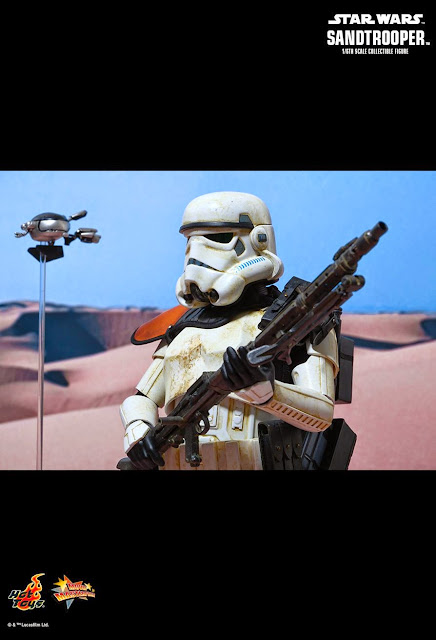 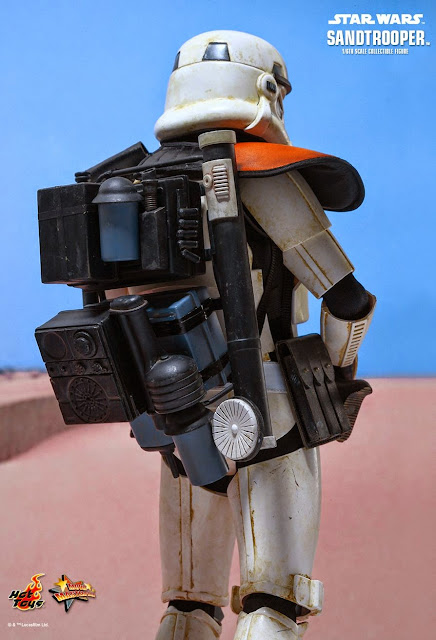 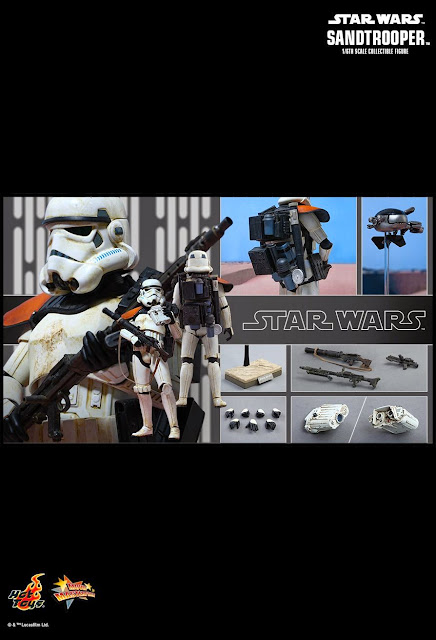 The highly-accurate Sandtrooper collectible figure is specially crafted based on the image of the Squad Leader on Tatooine. The specialized trooper features a meticulously crafted Sandtrooper armor and helmet with signature weathering effects, a highly detailed survival backpack, 3 types of blasters, a Patrol Droid as seen in the Special Edition of the film, and a specially designed desert-themed figure stand.