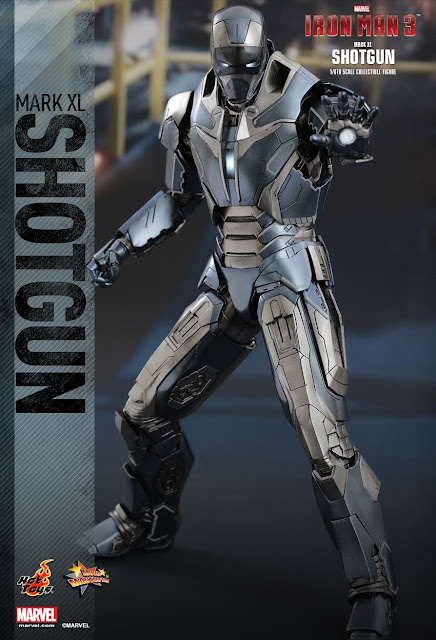 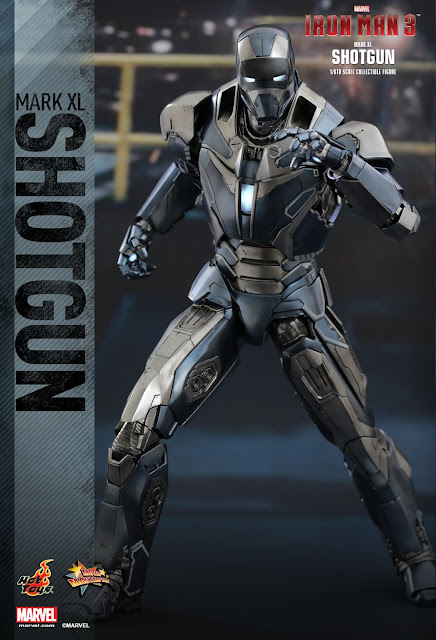 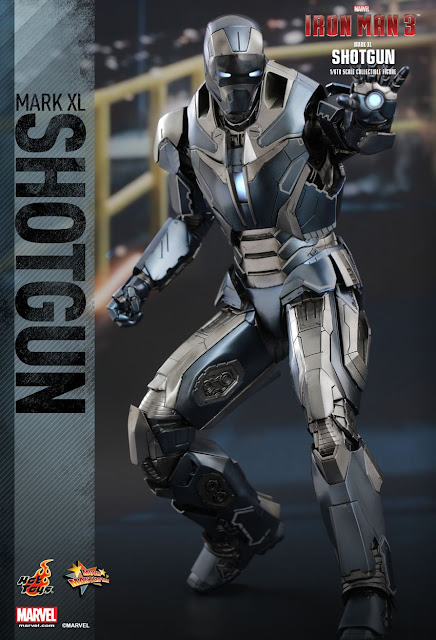 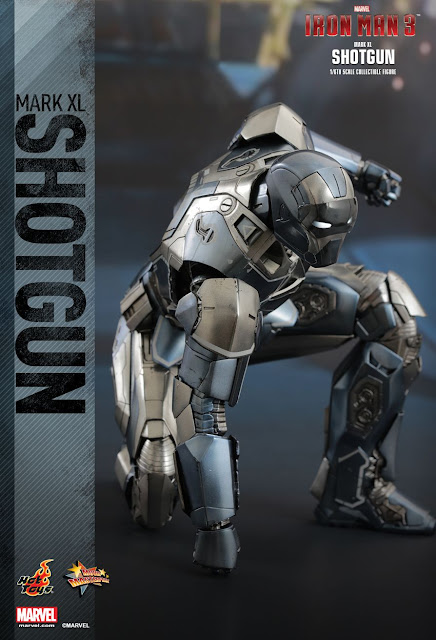 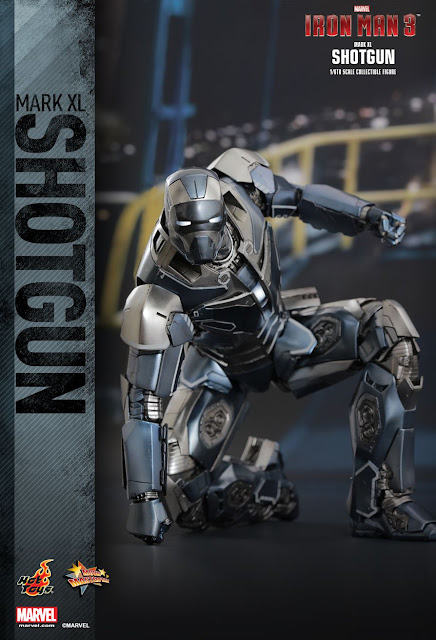 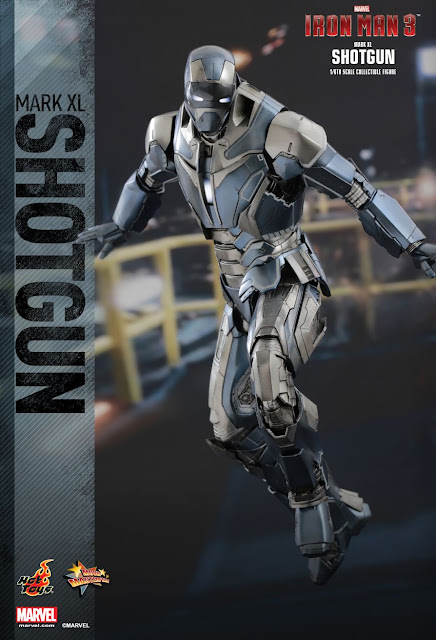 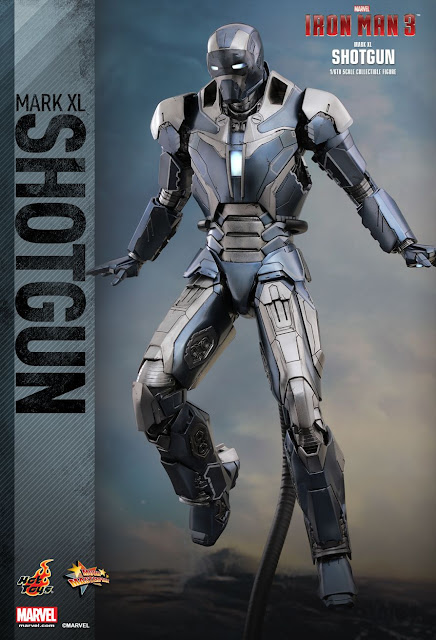 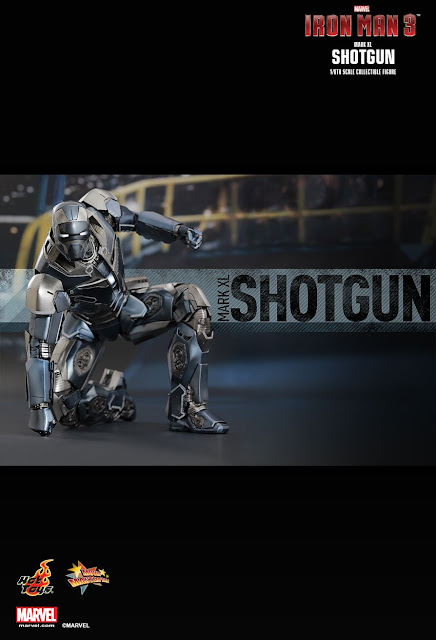 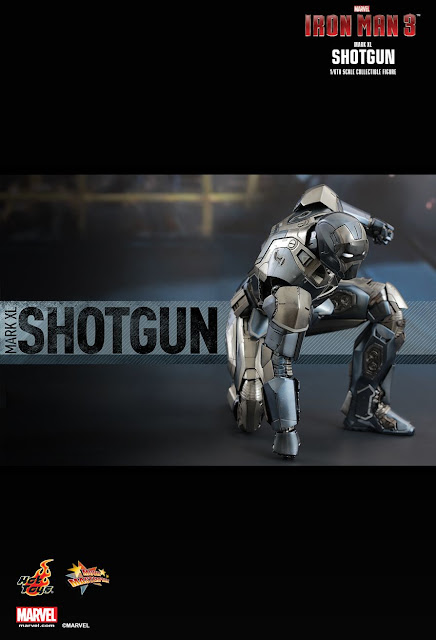 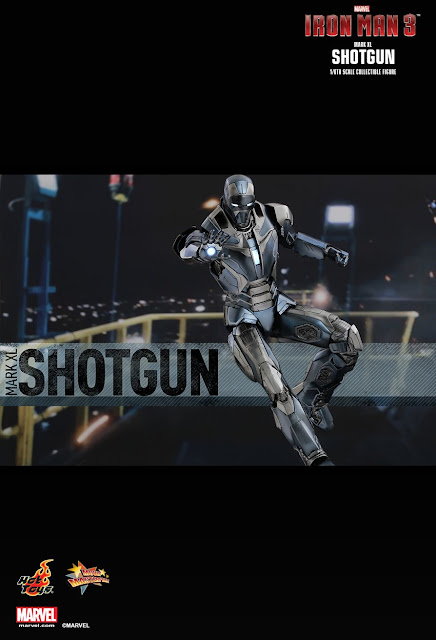 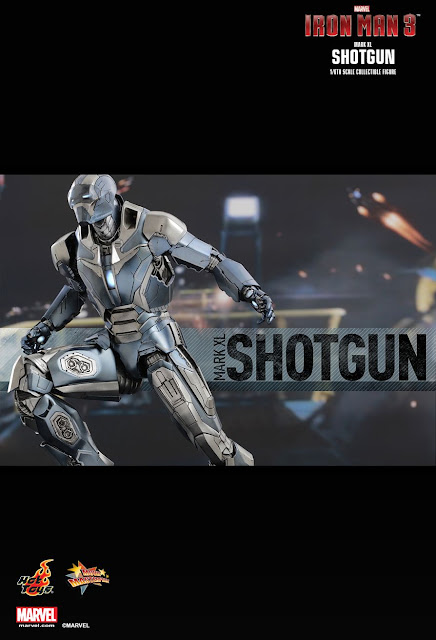 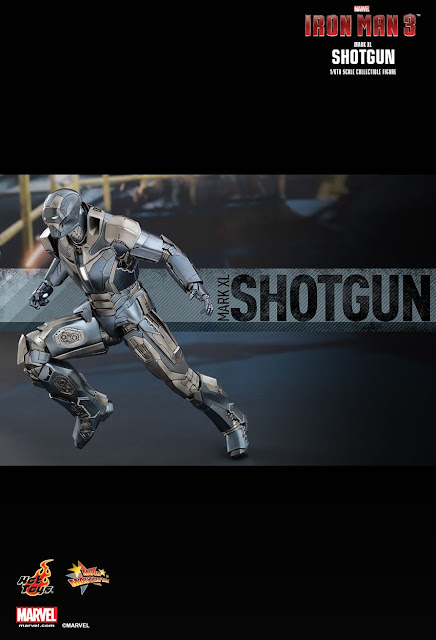 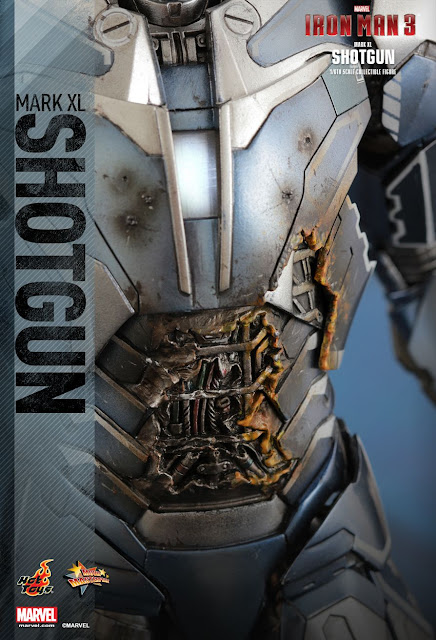 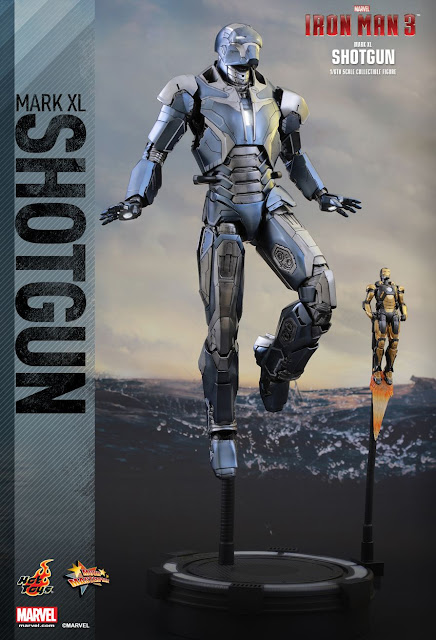 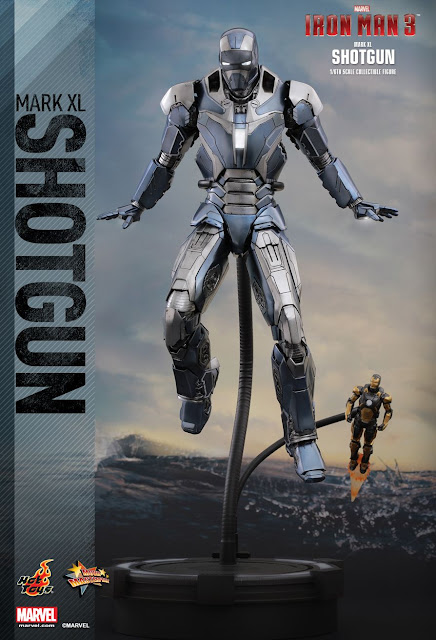 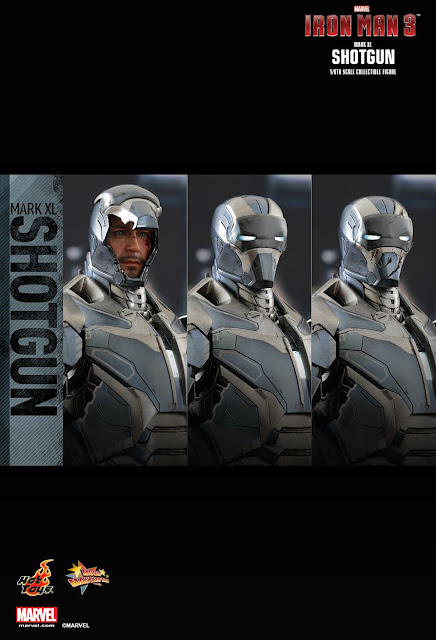 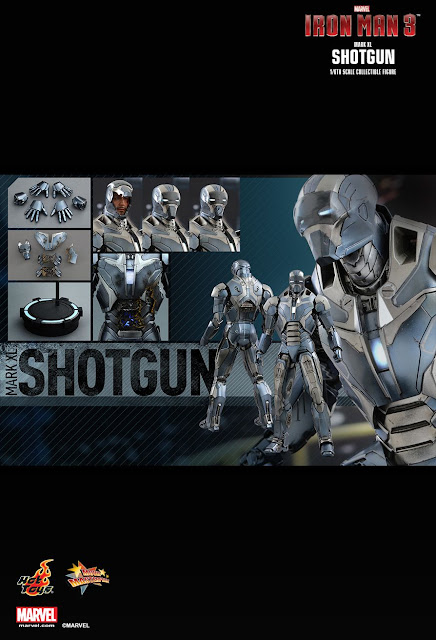 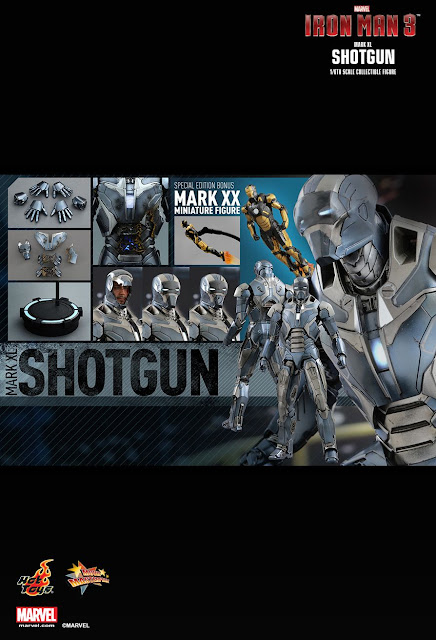 IRON MAN 3
SHOTGUN (MARK XL)
1/6TH SCALE COLLECTIBLE FIGURE
In Marvel’s Iron Man 3, the movie introduced a large number of new Iron Man armors for Tony Stark’s House Party Protocol and they were called into action at the climax of the film where Tony faced off with Aldrich Killian and his Extremis soldiers.

A Special Edition will be available for selected markets which includes a Python (Mark XX) mini collectible figure as bonus accessory.