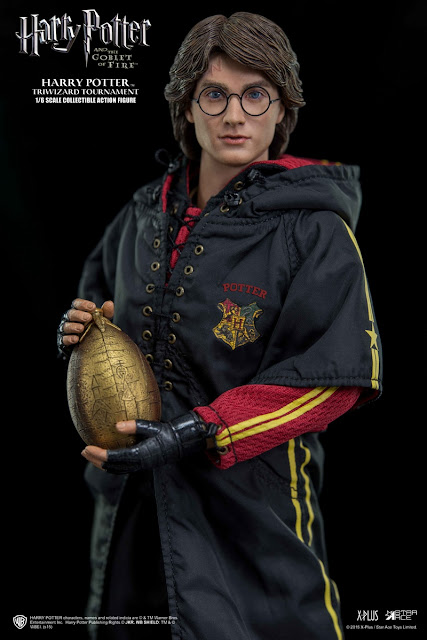 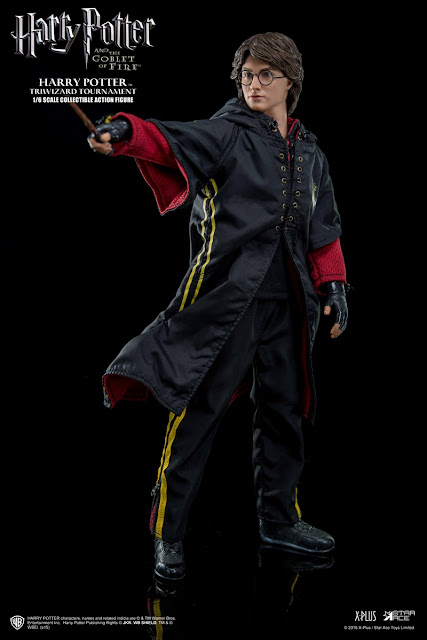 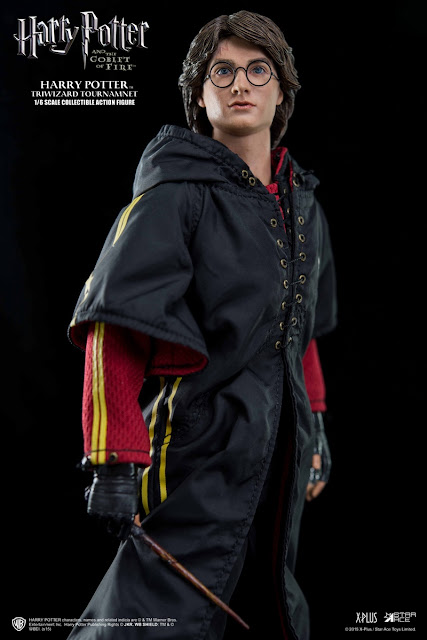 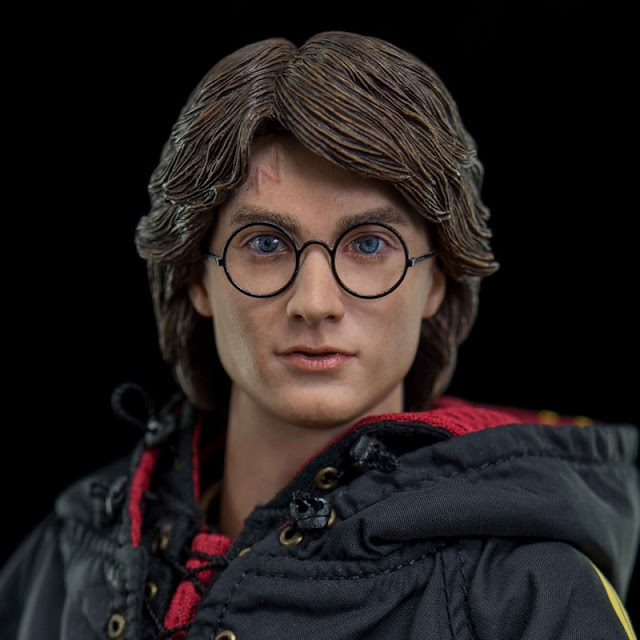 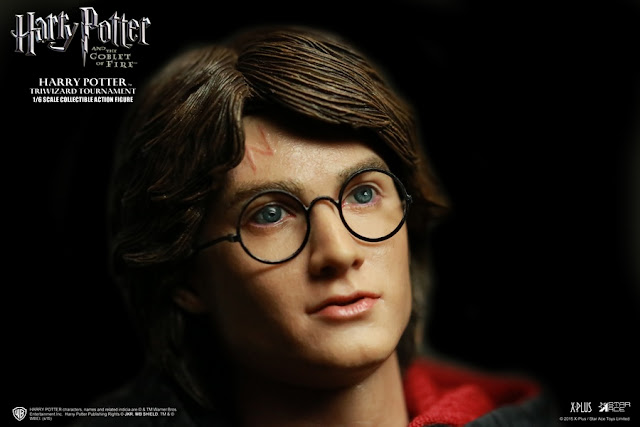 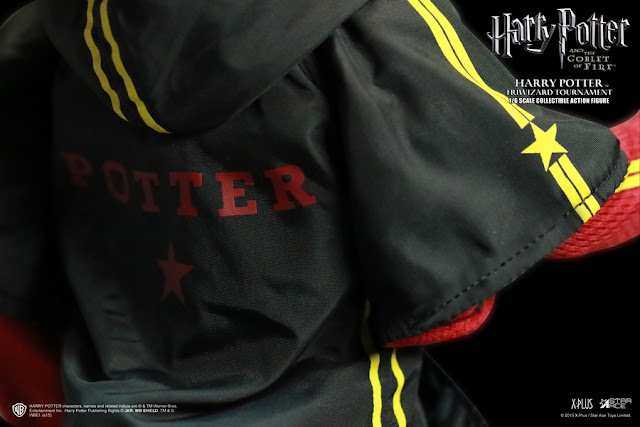 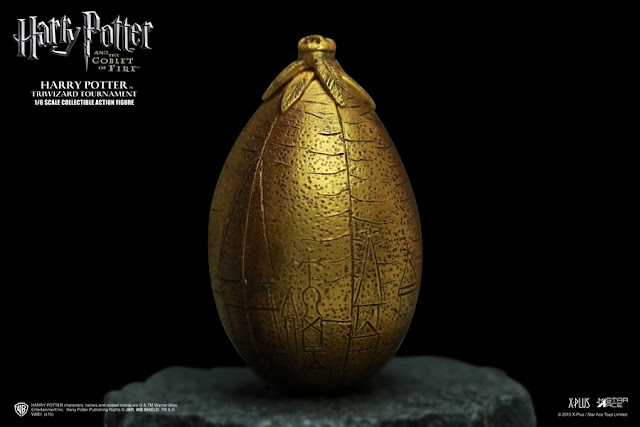 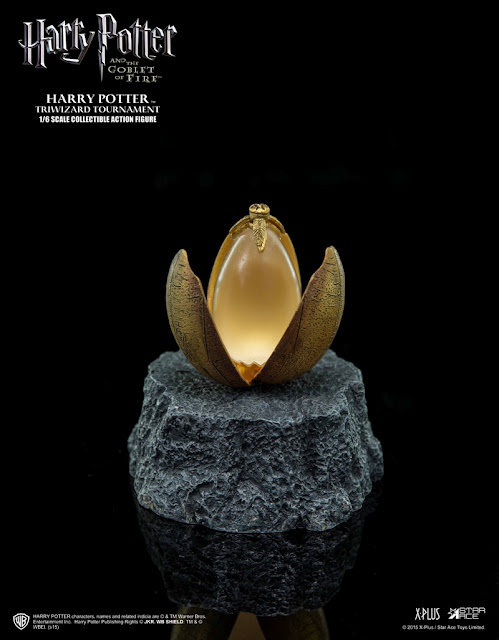 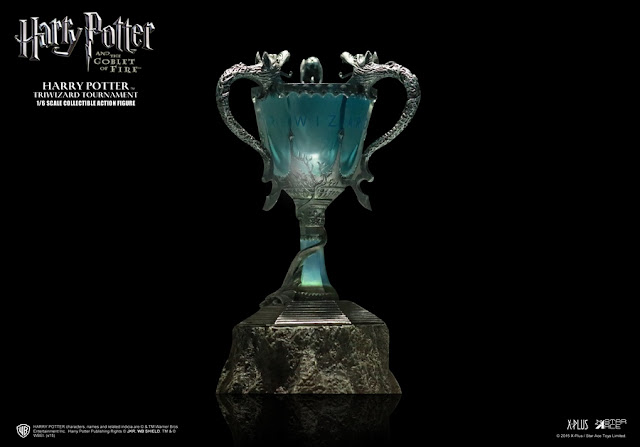 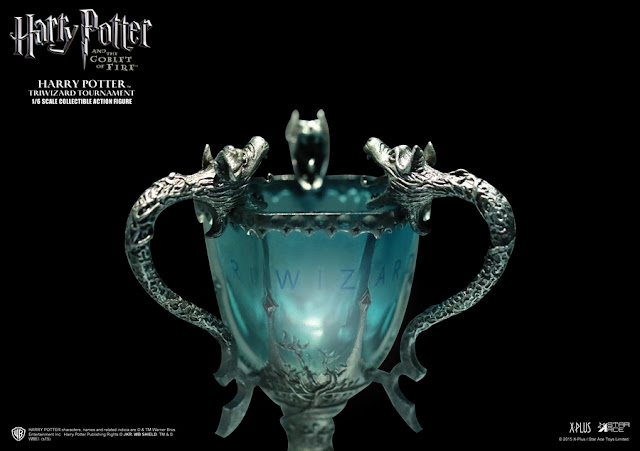 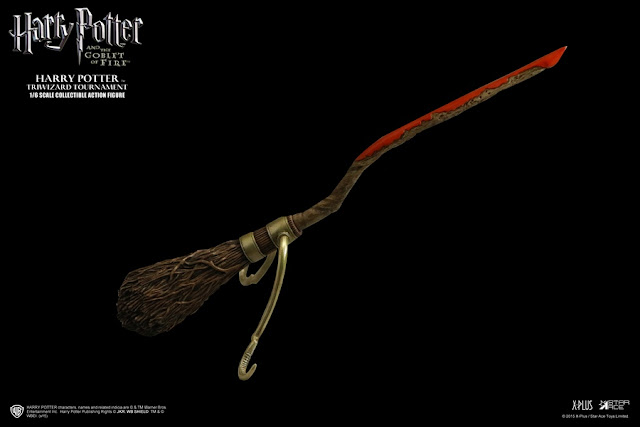 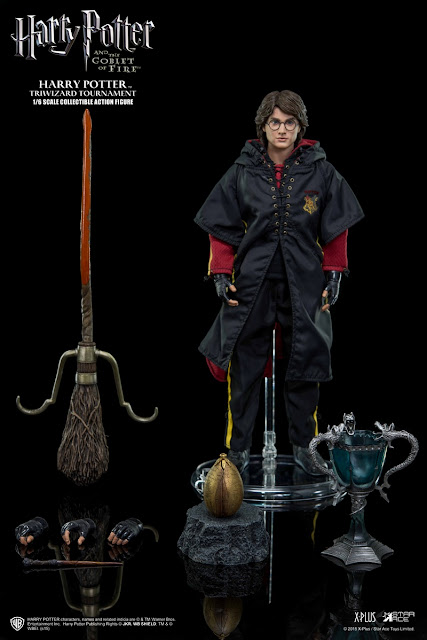 \“I didn't put my name in that cup! I don't want eternal glory, I just wanna be... look, I don't know what happened tonight and I don't know why. It just did.” – Harry Potter

The reluctant hero Harry Potter finds the courage to go on even during the darkest hours. In the fourth movie of the series Harry must confront one of his most vicious foes – a Hungarian Horntail dragon!
Star Ace is proud to present this all-new 1/6th scale deluxe collectible action figure of the teenage Harry Potter as seen in the film Harry Potter and the Goblet of Fire. The movie-accurate posable figure is based on the image of Daniel Radcliffe as Harry during the action-packed Triwizard Cup dragon challenge scene. The highly detailed head sculpt features teen Harry with his glasses and lightning scar.
Harry’s wand and his Firebolt broomstick are included as well as the Golden Egg and the Triwizard Cup. This deluxe set has an LED light stand that can be used to illuminate the Golden Egg or Triwizard Cup. A multi-position figure stand is also included.
Make sure you don’t miss this put on one of the most requested versions of Harry Potter!