CHAPTER 4：The war began.
Section 4：The end of the cruelty

Your blood is quite to my satisfaction. The problem is there is only that much to share.

Ralap was 6-years old and he followed his outdoor-passionate parents into the forests to taste a little wild life experience. Unfortunately they were attacked by a giant bear. His parents were deadly wounded by the bear trying to protect young Ralap. In the end, Ralap fell off a cliff and passed out. Saved by a female wolf, he woke up and headed towards a bestial life.

15 years later, K of Diamonds and his crowds found this half-people half-animal boy while hunting in the forest. They brought him back to the city. Ralap could not handle it at first. After long time training, Ralap finally started to read and talk. K of Diamonds saw the pureness and wildness on him, raised him to become a blood-lust killer. Ralap was not popular in the gang. Besides, he lived with captive wolves for a long time and strong smell came out from him. The fact that nobody respected him made him even more withdrawn and ruthless.

2 of Diamonds discovered the wildness and potential of Ralap and treated him well. He taught him some proficient fighting skills, even designed special weapons for him. Gradually, Ralap started to trust him and submitted to him.

The second 7 of Spades Harry was blown out of the cabin, 5 of Spades, Baron collected his sniping rifle. Along with a crew member, he ran towards the cabin, trying to save other family members. With the thick jungle and messy weeds, even Baron was running strenuously. While his was on the run, a shadow came out from the woods and caught up. Baron heard the scream from his crew member but never saw his disappearance. Somehow a sense of beastly odor and a hint of bloody smell were spreading in the air. The moment Baron drew his pistol, a shadow pounced onto him from behind and clenched his arm tightly. It was a huge grey wolf biting him.

After all, Baron was Special Force. Bitten and scratched by the wolf, he threw some heavy punches on the wolf’s nose with his left fist. The wolf was hurt and had to back off. Baron freed his right hand and started shooting right away. Although the wolf quickly dodged a few rounds, bullets still scraped its right leg. Saw that the wolf ran into the woods, Baron tapped a few more rounds. A leaf fell from the tree slowly right in front of Baron. The moment he looked up, a shadow jumped from above with a sharp weapon stroking Baron’s arm. Baron felt the strong sting and lost his pistol. A tall, hairy figure appeared, with a scissor katar in each hand, one in his right hand was still dripping blood. A wolf growled behind Baron at the same time. Baron moved his body towards his pistol on the ground. “Bang!”- a bullet went into the ground right in front of the pistol. Baron frowned while seeing the smoking gun in that hairy figure’s hand. The wolf was roaring and teething, getting closer and closer to bite again. Right on the time when the wolf was jumping onto him, Baron rolled over to the rifle behind him. He grabbed the bag and swung as hard as he could, by which the beast was hit heavily. Baron took no hesitation and hide into the woods. He rushed towards Ada.

As he was getting closer to Ada, Baron saw her and four of his family members being chased by several Diamond family crews. Baron got the sniping rifle out the bag and took down three of them. Then the rest of them hid behind the trees. Baron finally got to her. But another wolf roared behind them, and then several wolves roared in response. Suddenly all the roaring stopped, sixteen green eyes popped out of the woods. The shadow figure came over as well, with the scissor katars shining in his hand.

Ada was surrounded with everyone else. Baron changed the clip and threw himself in front of Ada. Ada hold on to her katana and MP7, pointed them to the approaching wolves. A Spade family member fired the first shot in panic. The leader wolf howled, and then all the wolves jumped to the surrounded crowds. Baron shot the first attack in a split second, yet he was pushed over by another one came from the side. He had to hold on to his rifle to resist the biting mouth. Ada shot her MP7 in vein and emptied her clip. She had to defend herself from two crazy wolves with her katana. The rest of Spades was bitten and rolled all over the place.

20 minutes later, with another roar, 5 still-left wolves stepped behind the figure. Blood splashed out the throat of Spades crew members, some of them were still twitching. Baron’s hands became a bloody mess. Ada also had quite a few tears on her thigh and coat.

The shadow walked towards Baron while he tried to raise himself up. Baron felt a strong smell, a mixture of wolf’s wildness and death. Baron panted, “Let her go. She is the sister of J. I will stay.” The shadow figure made no response, with a cigar in his mouth. Baron signed to Ada and made her leave. With tears in her eyes, Ada moved with much hesitation. Saw that neither the man nor the wolves was going to stop her, Ada cried and ran to the   road.

Baron saw Ada running away, then turned to look at the dark figure. A katar blade went deeper and deeper into Baron’s chest. He withheld his scream in great pain, but stared right into the eyes of that man. Gradually, Baron’s body stopped shivering. The shadow man pulled out the katar, licked the blood off the blade. With a grim of light, one would see the beast-like look on his face. The man looked to the direction where Ada was running, but he made no effort to chase. Ada ran through the woods and found her way to the road, where she was picked up by other crew members. She got into their vehicle and fled in a flurry......。 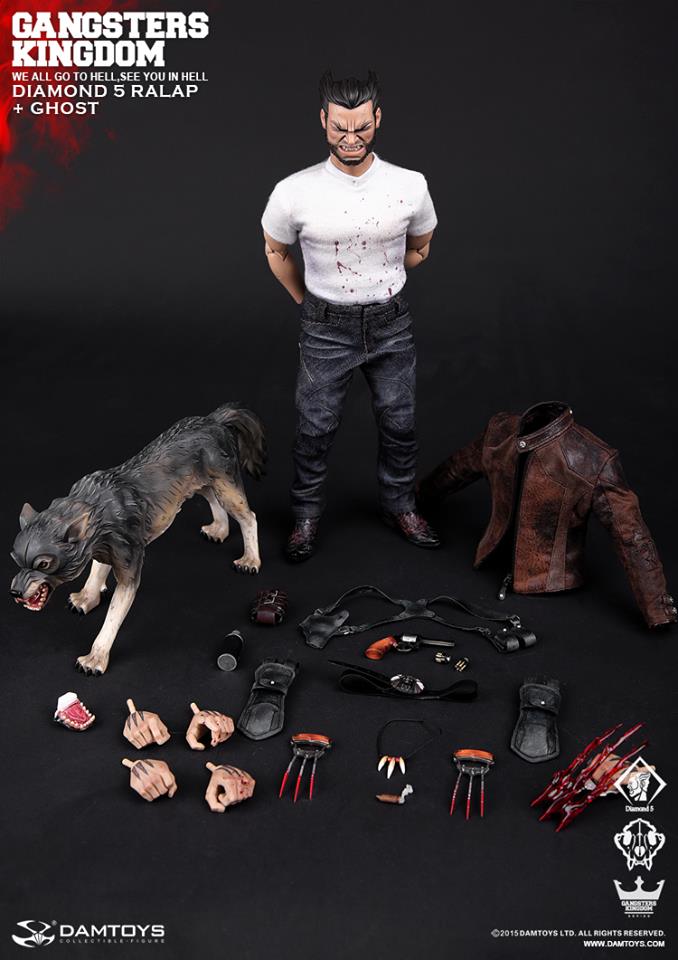 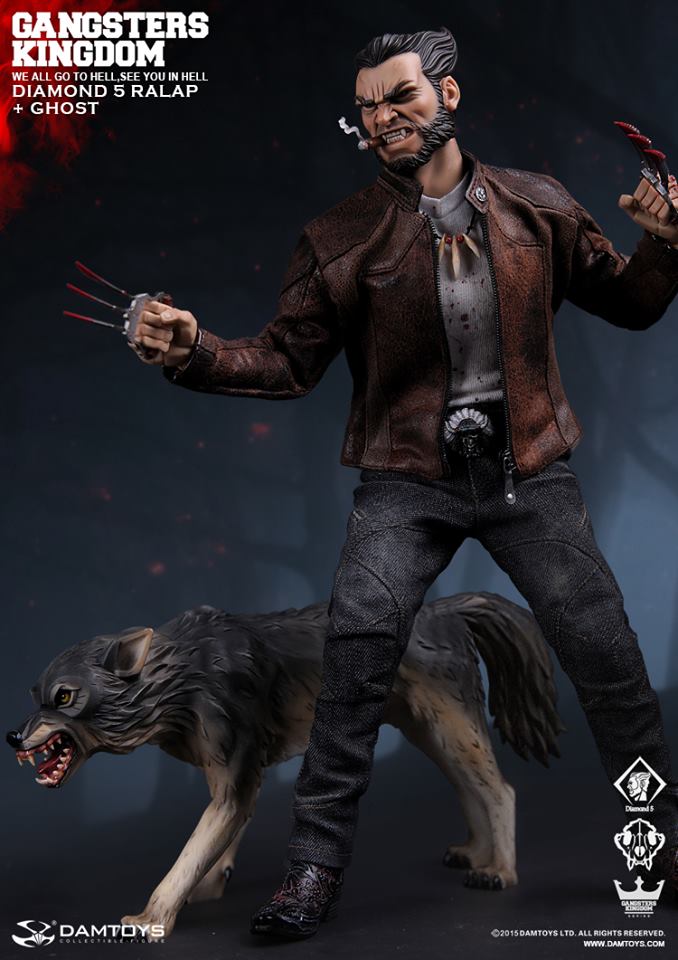 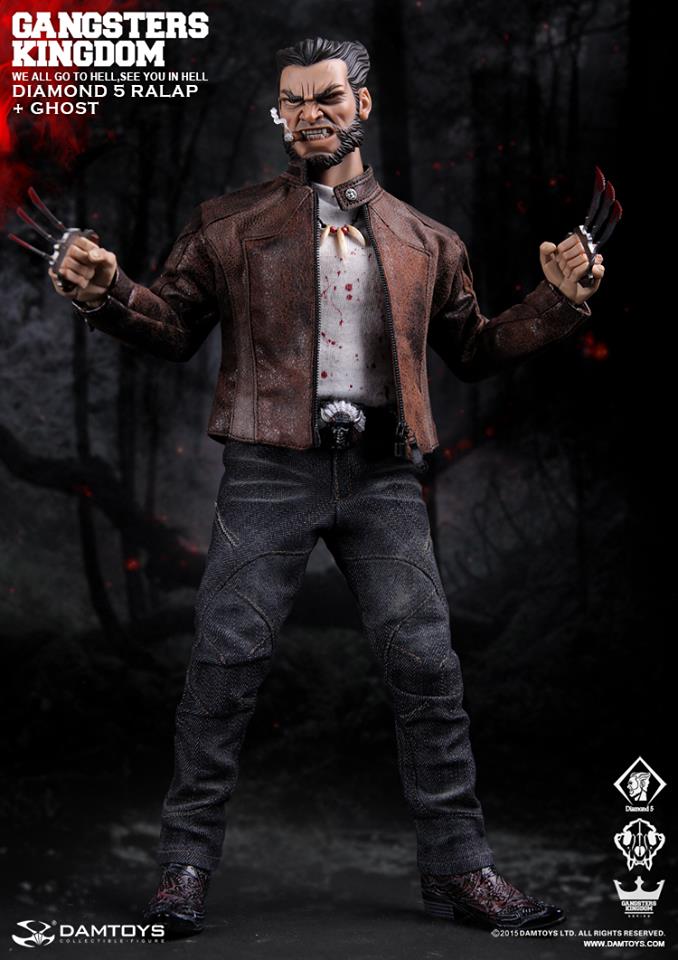 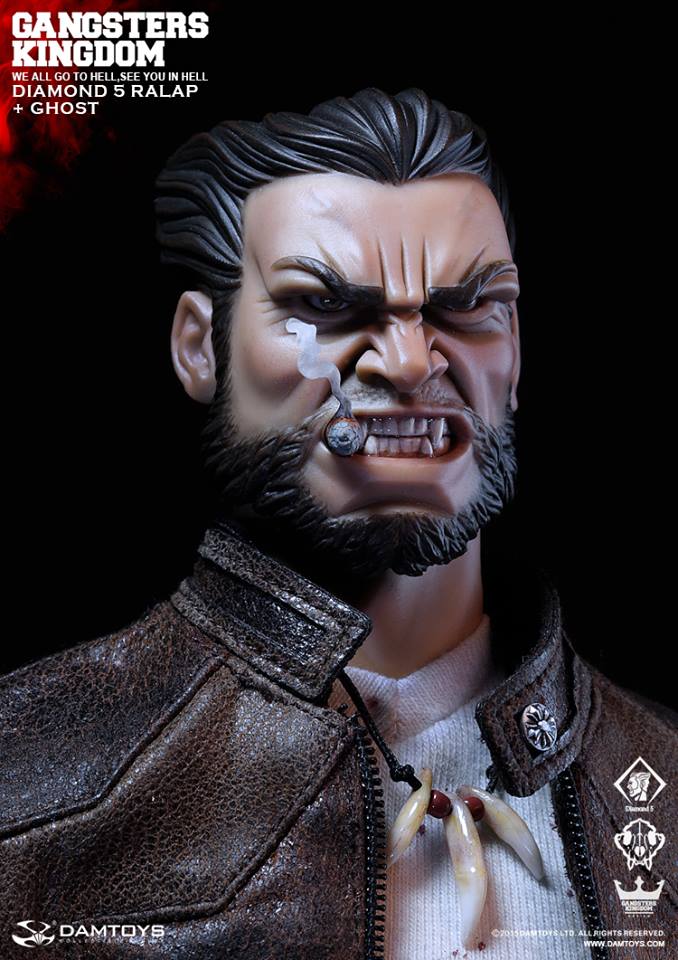 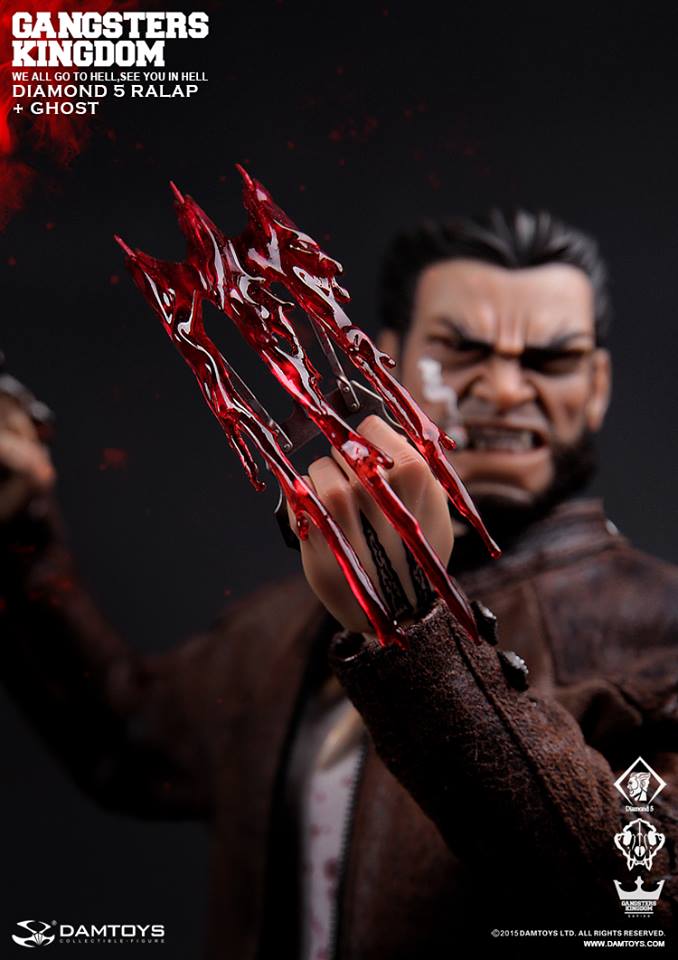 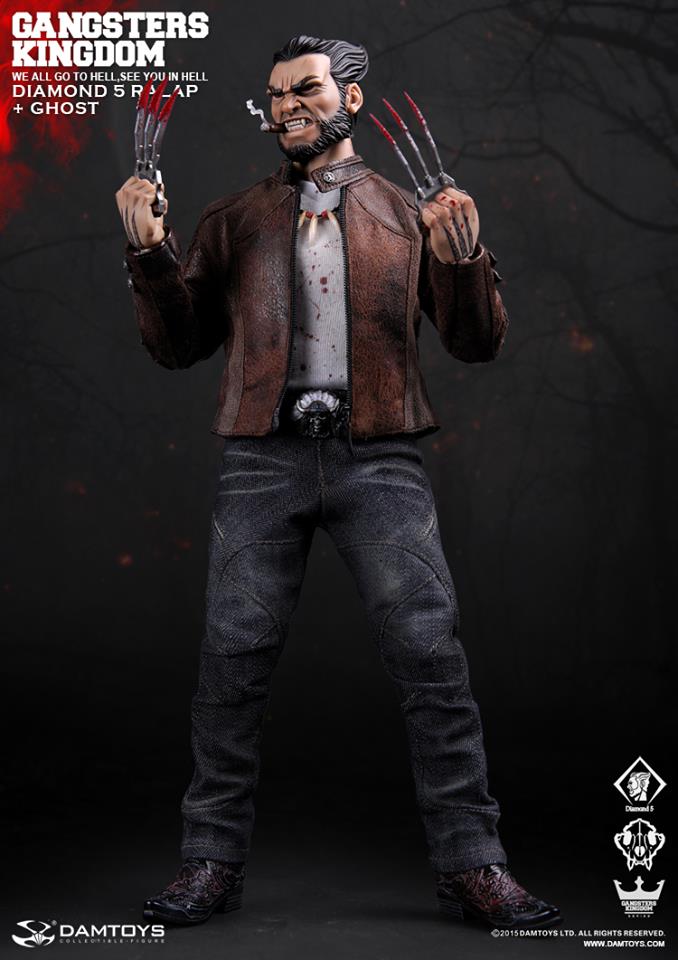 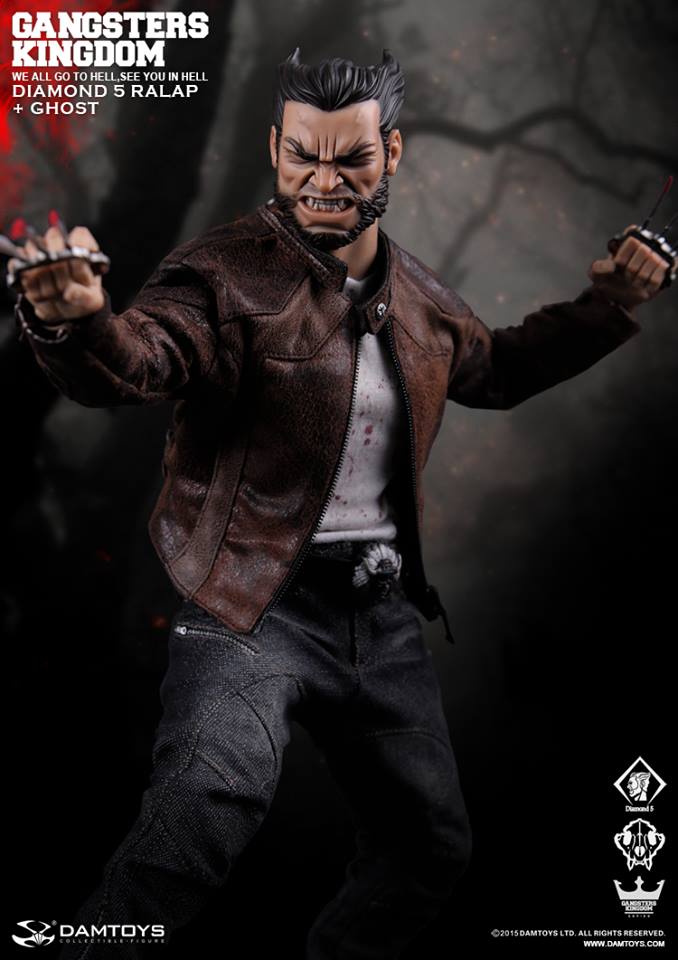 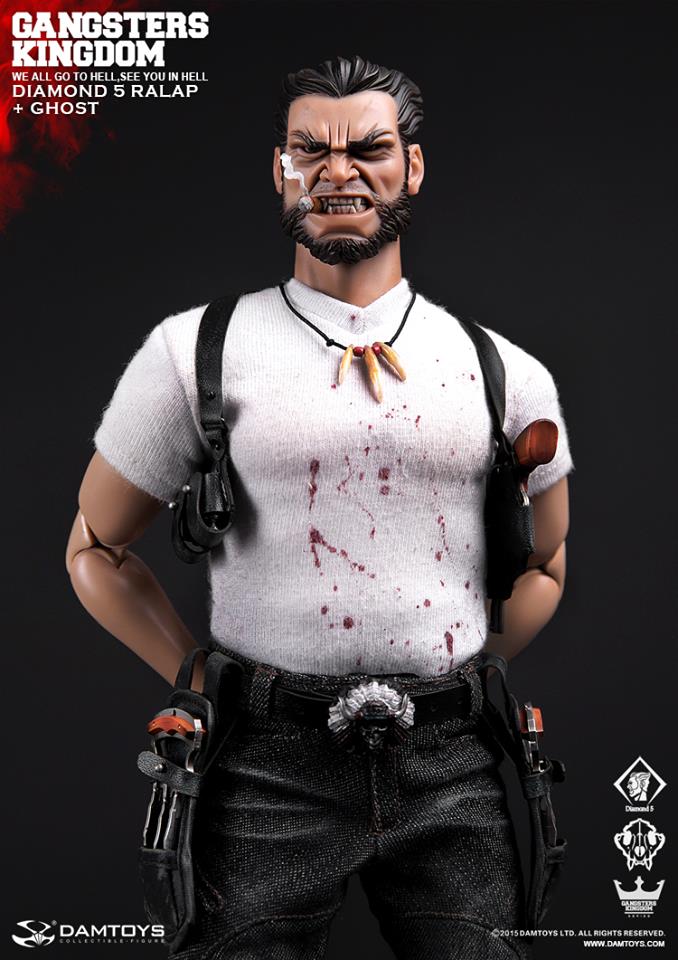 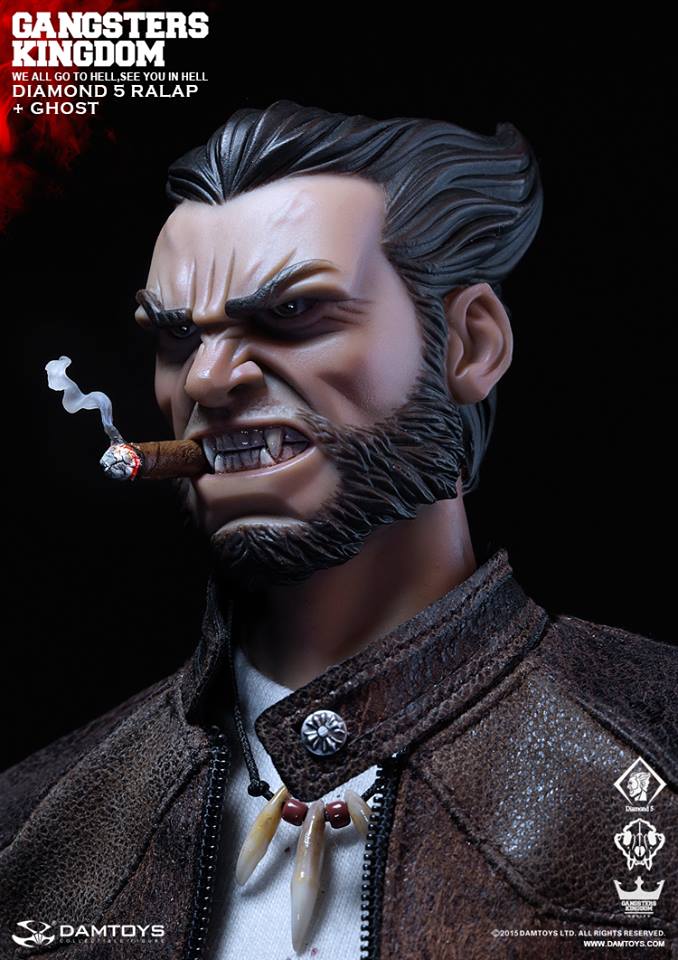 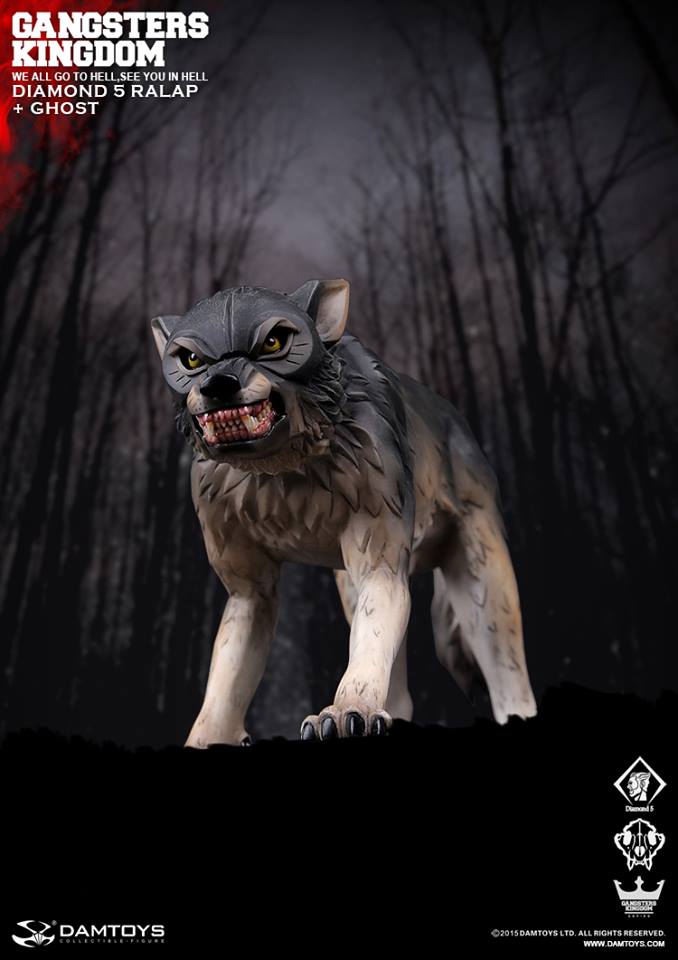 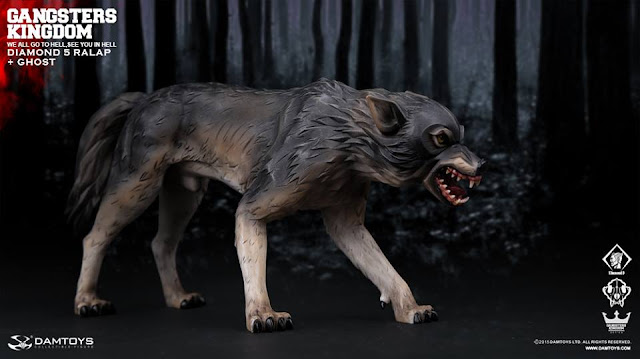 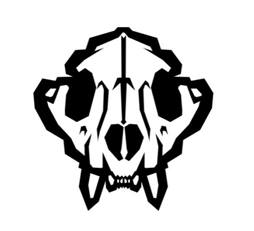 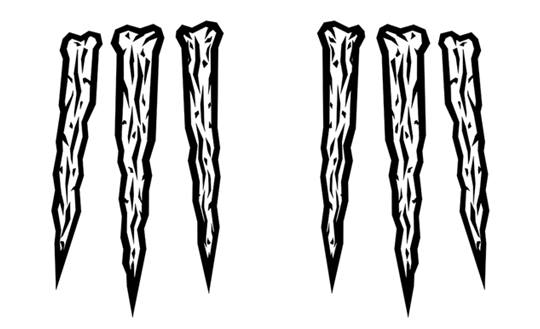