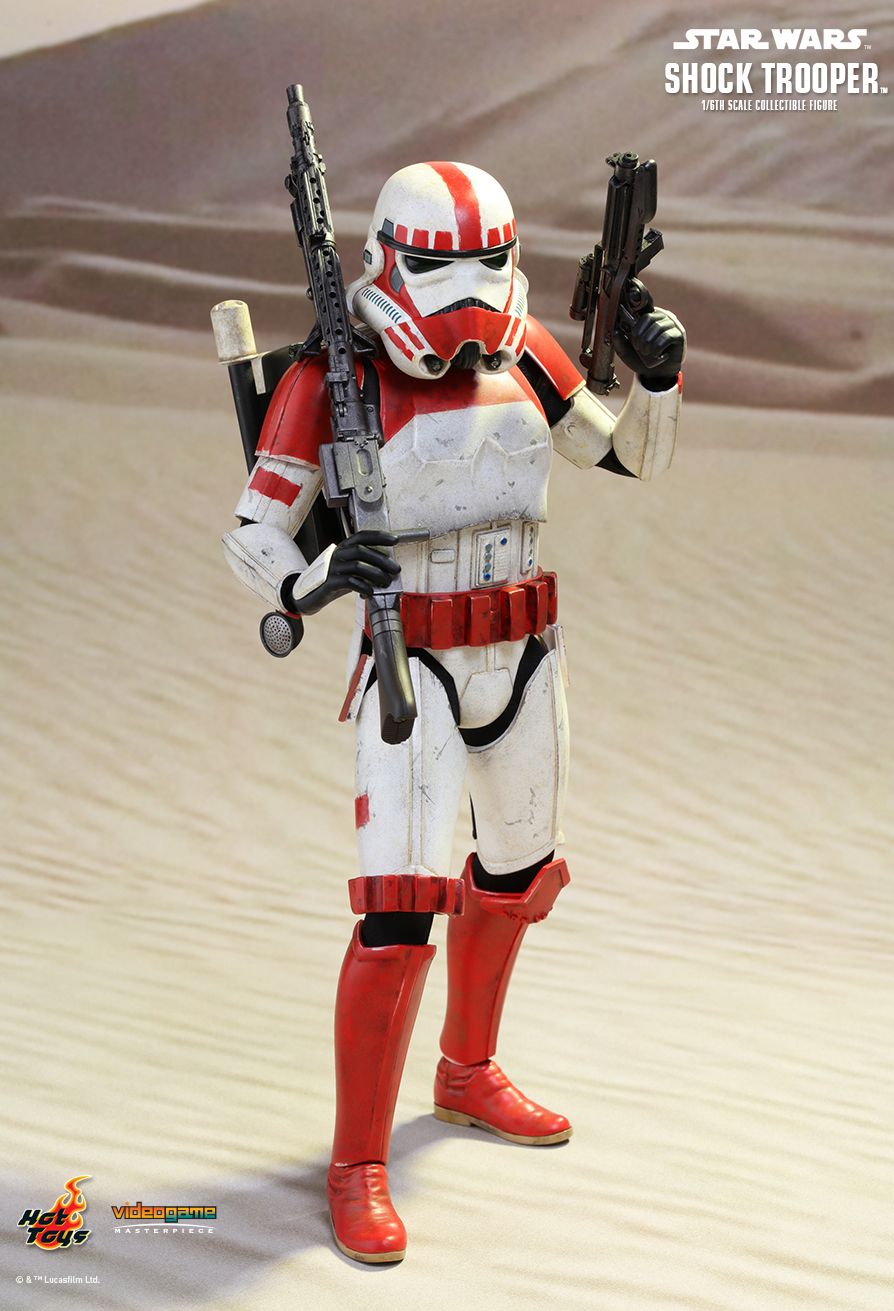 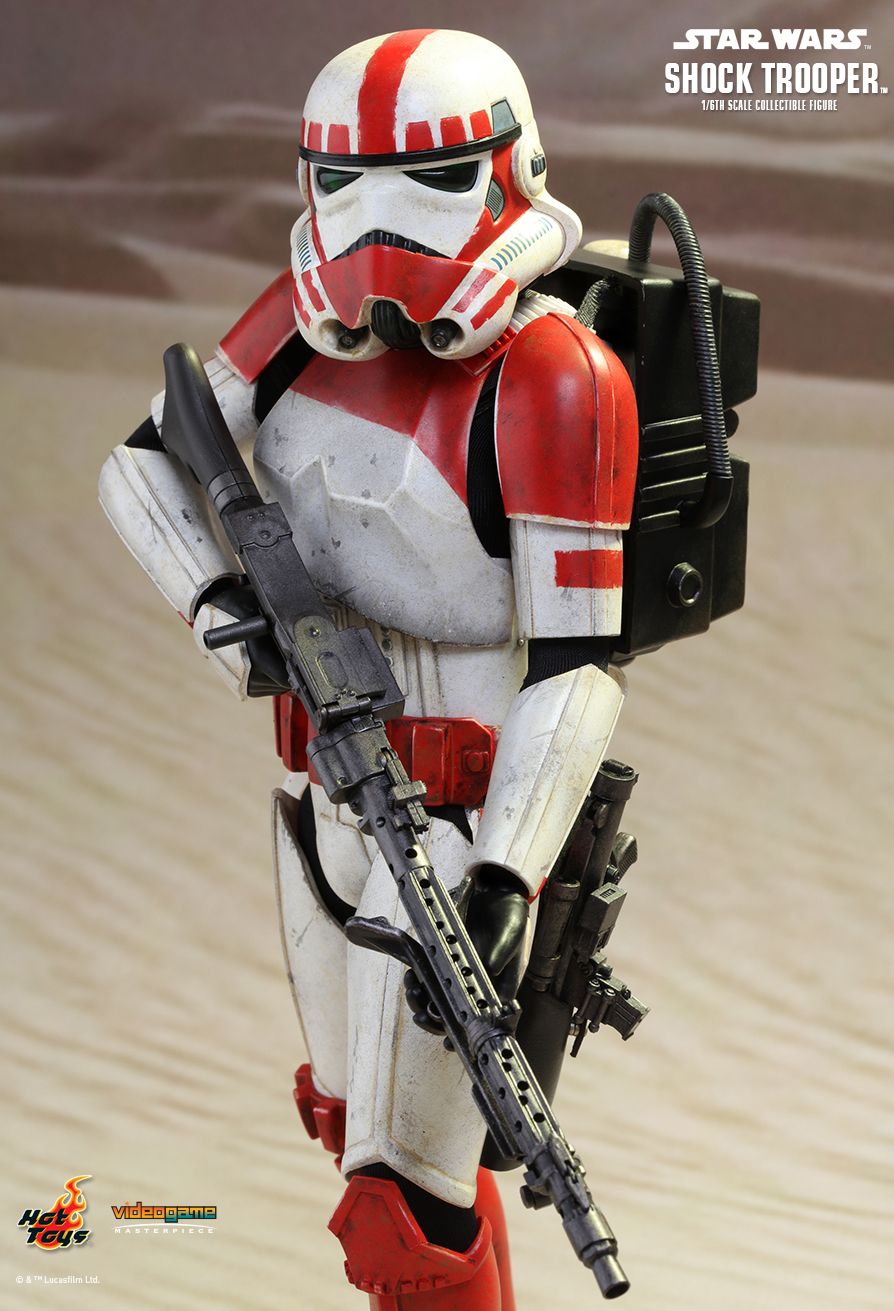 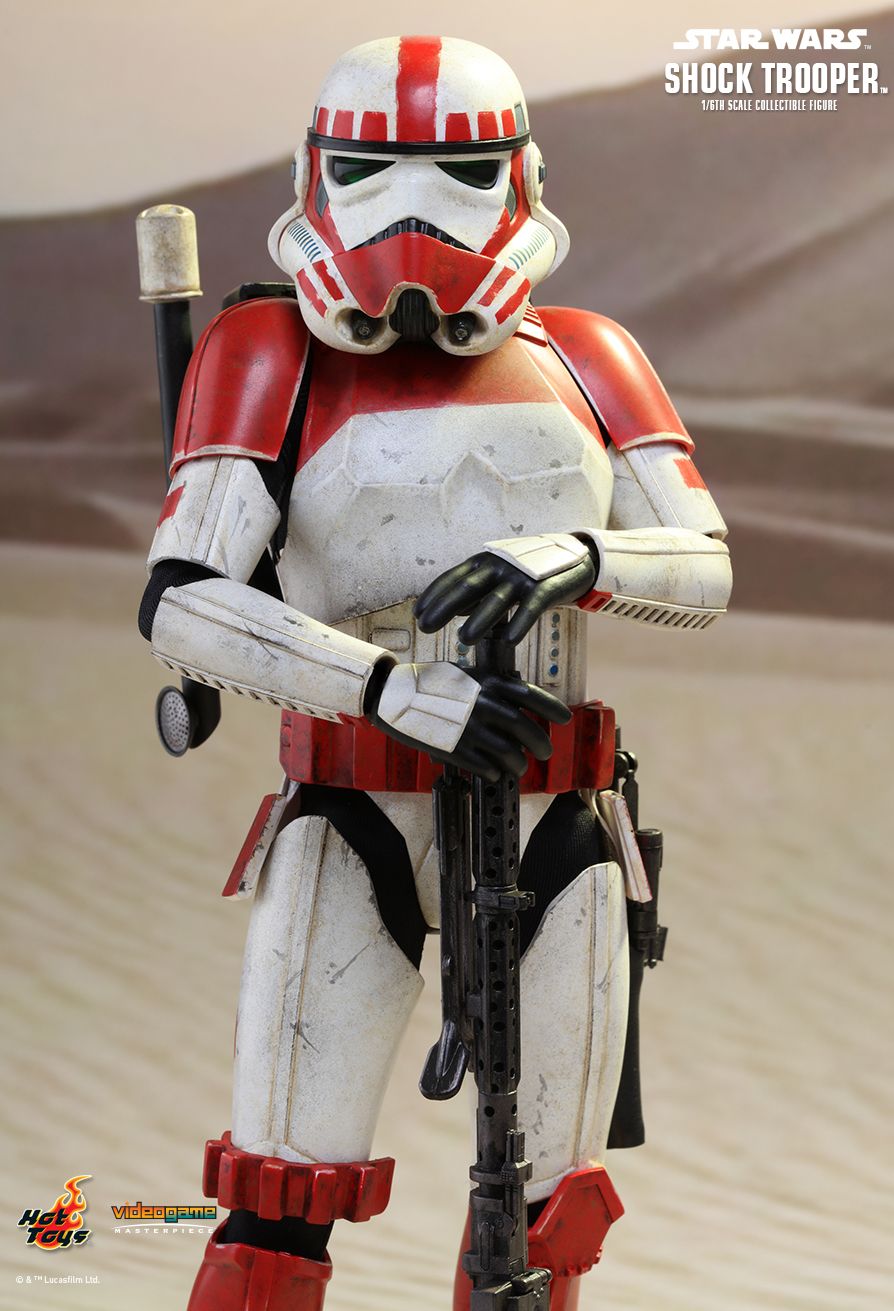 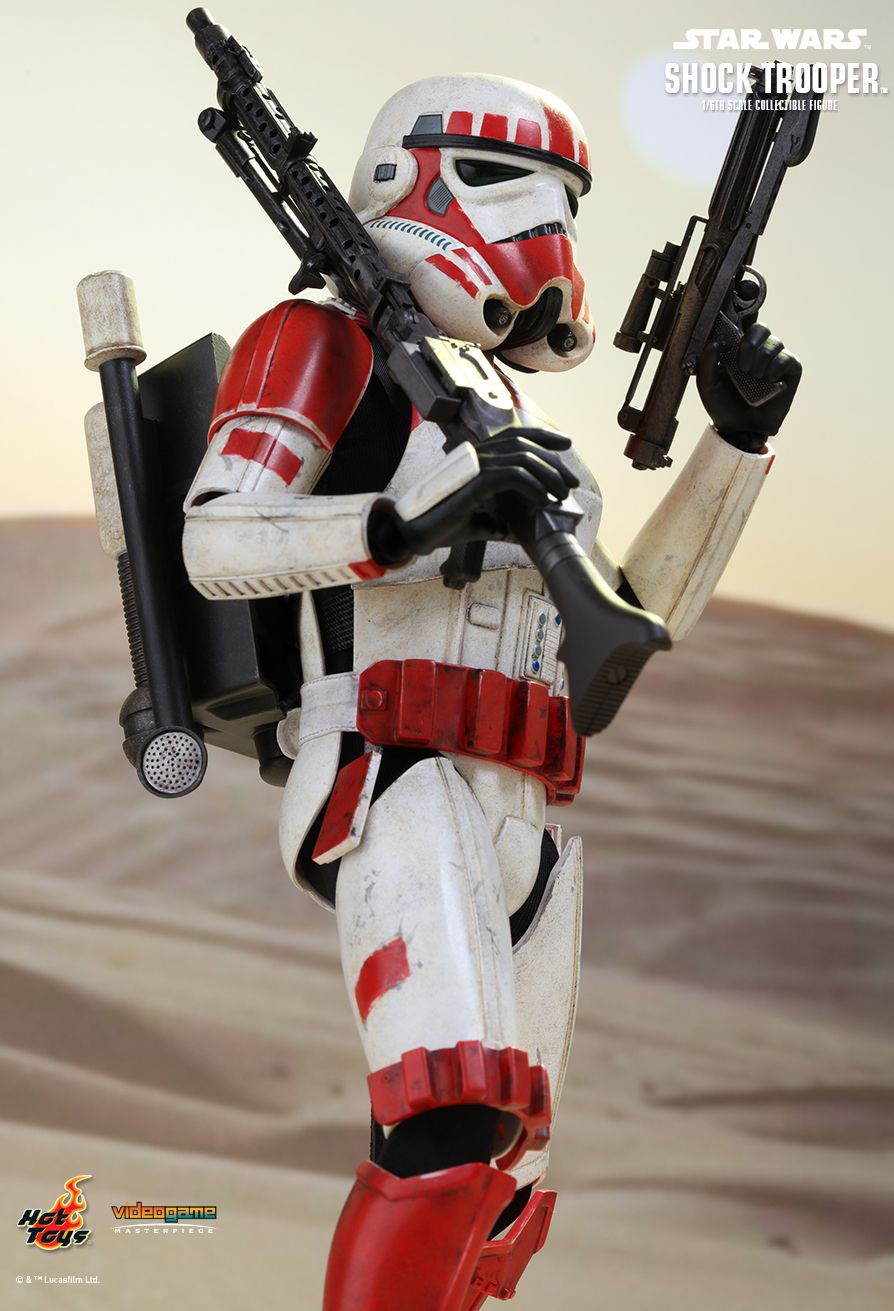 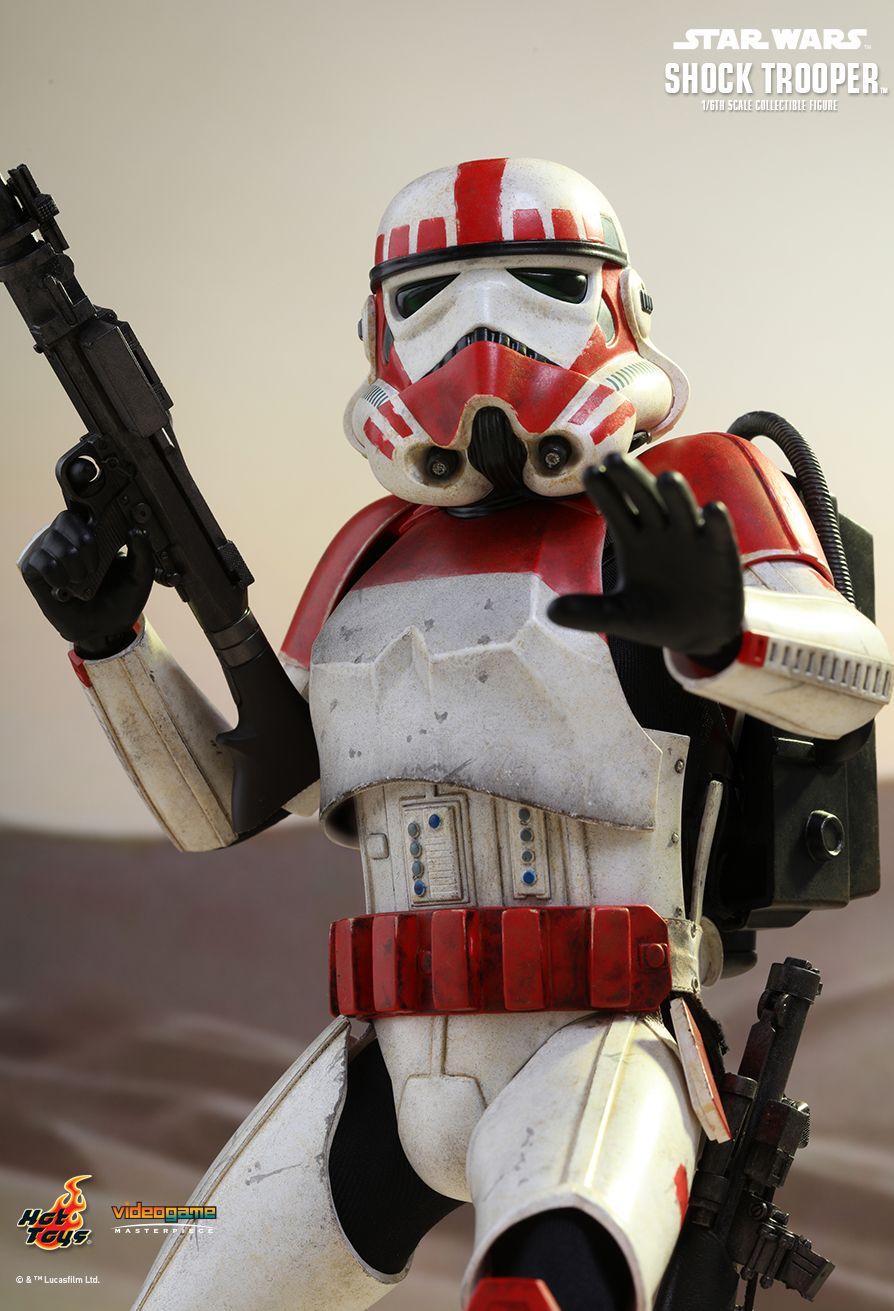 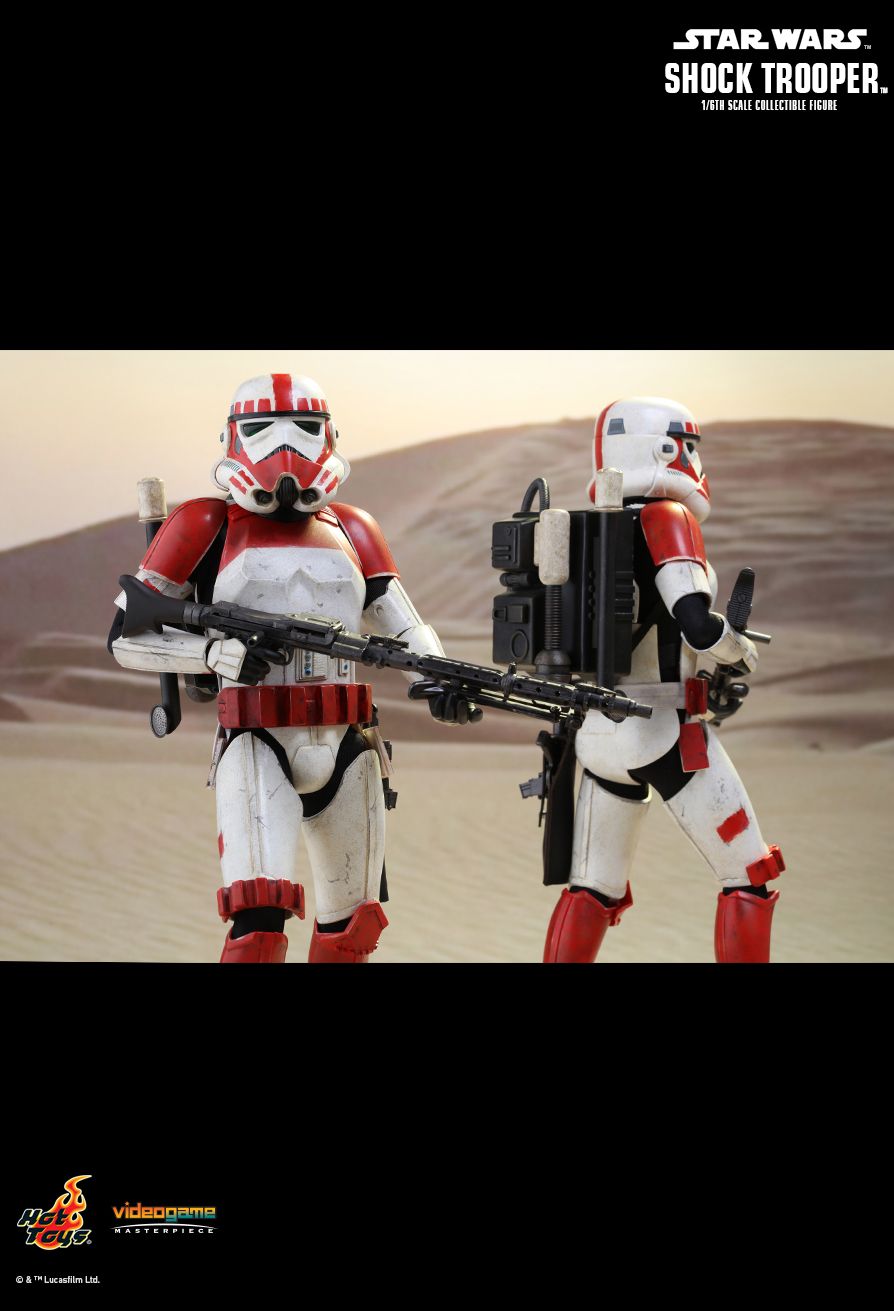 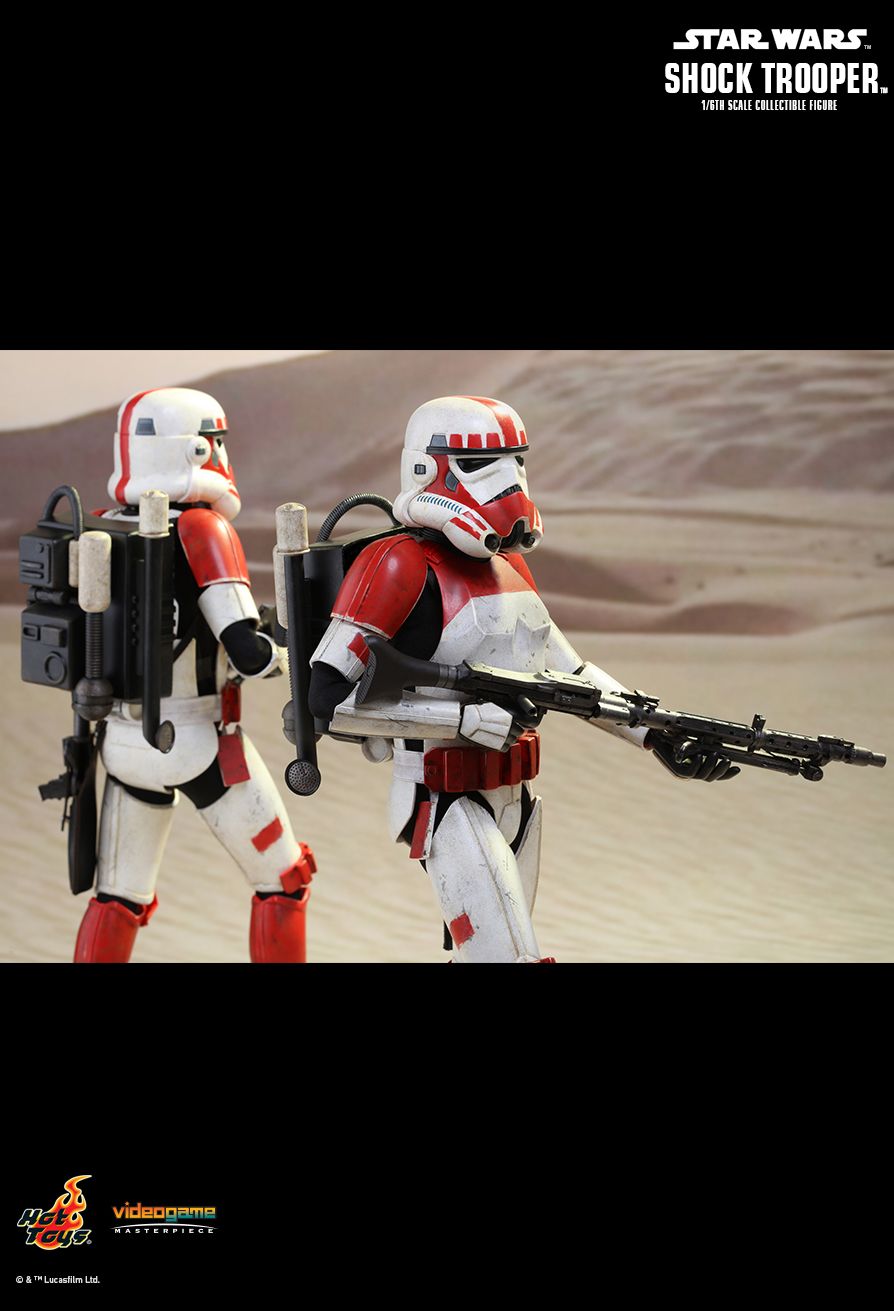 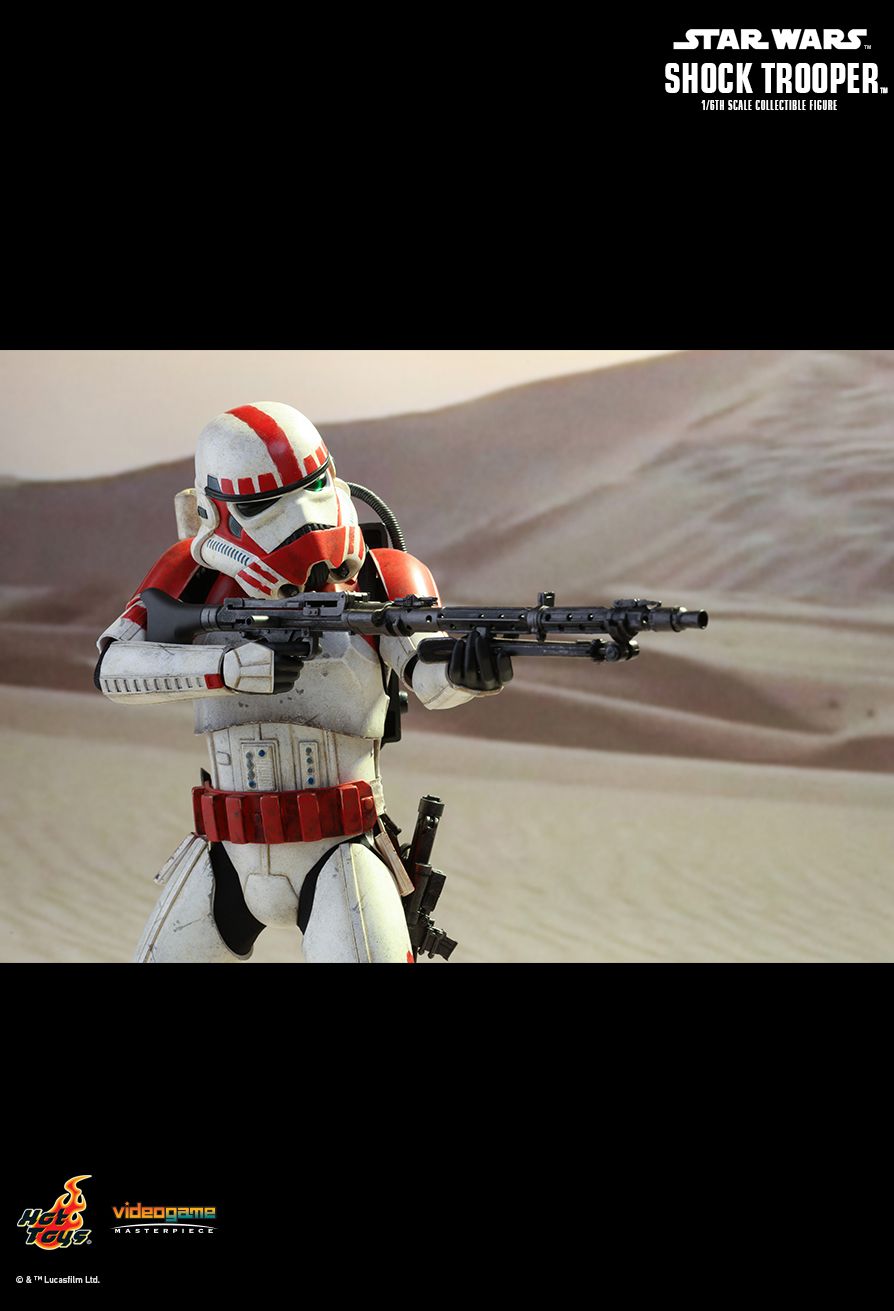 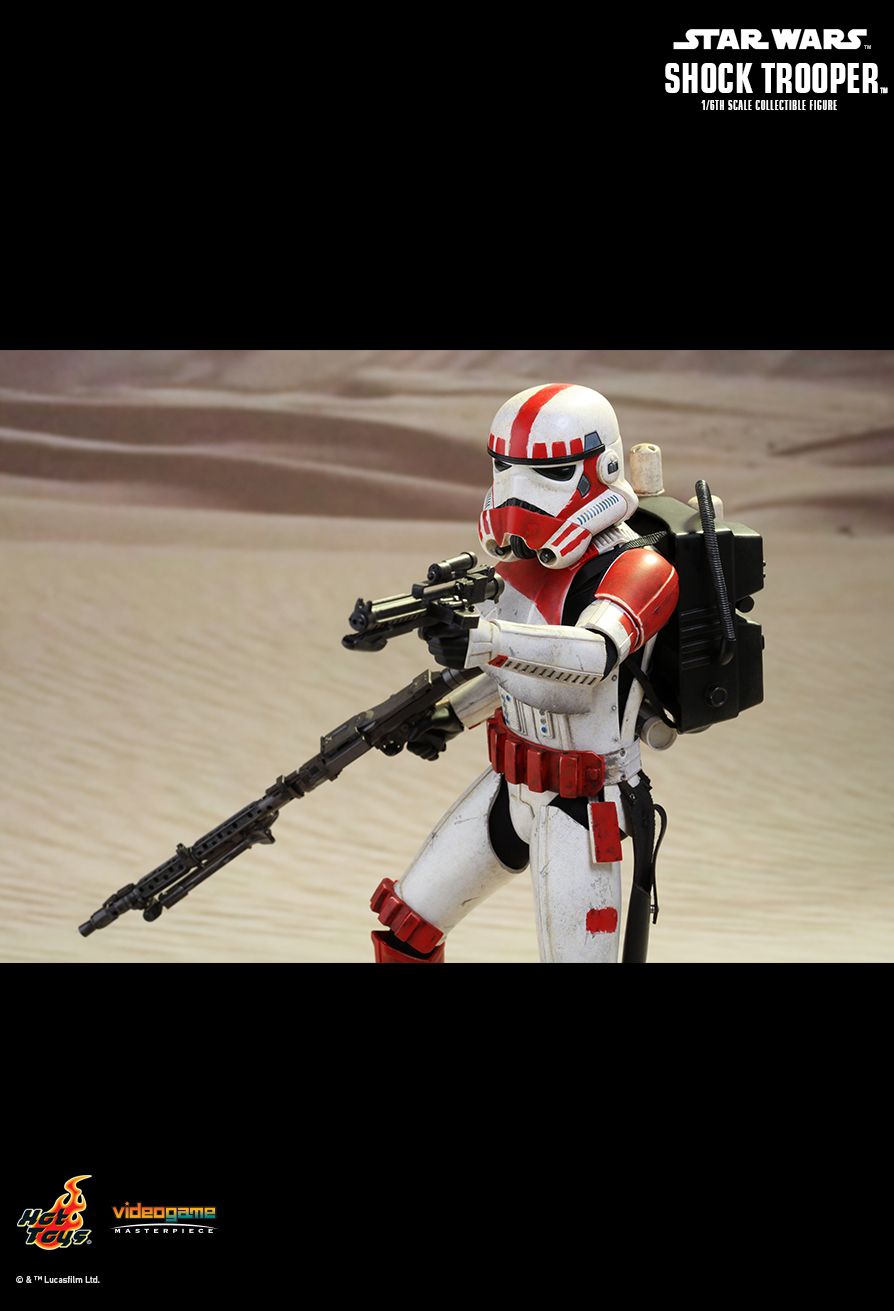 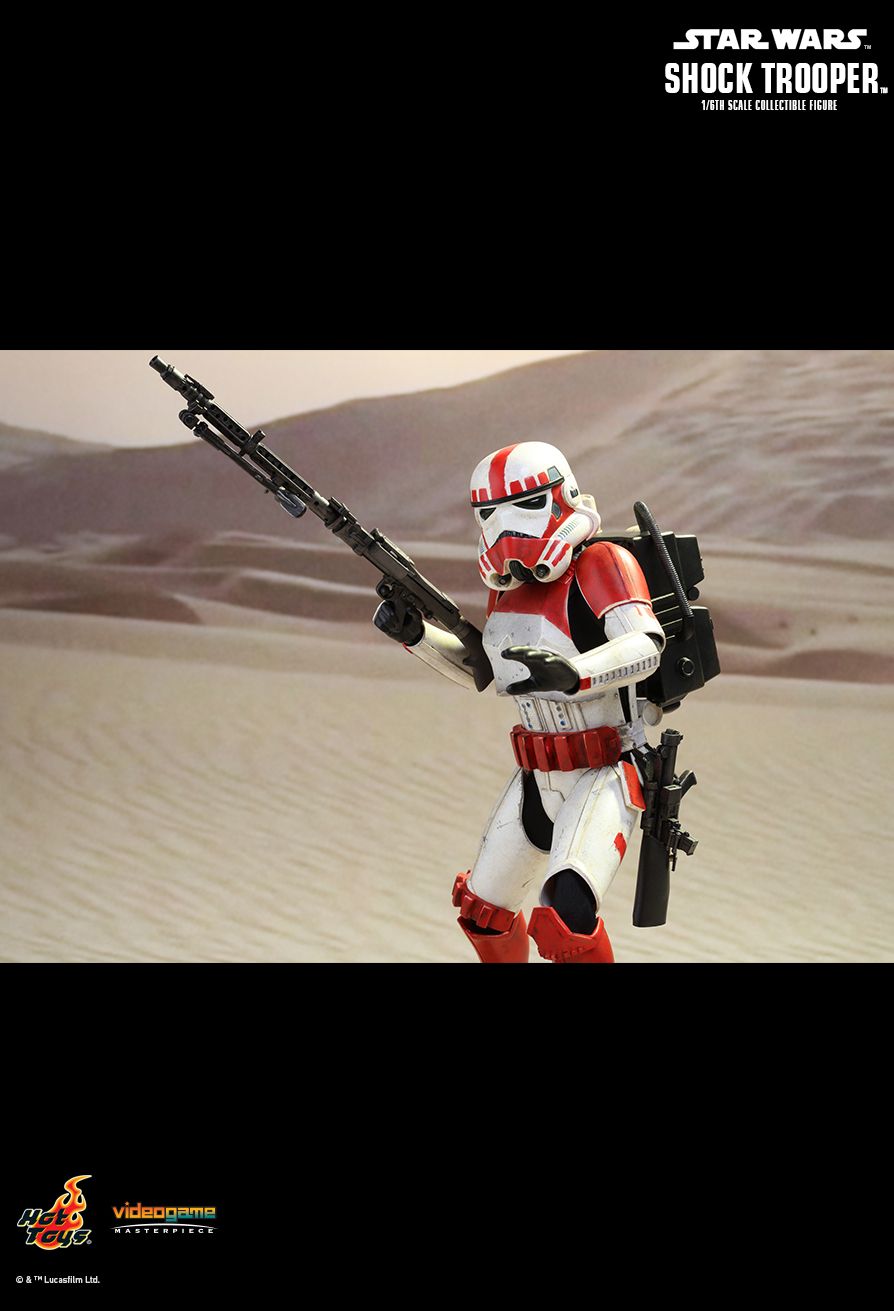 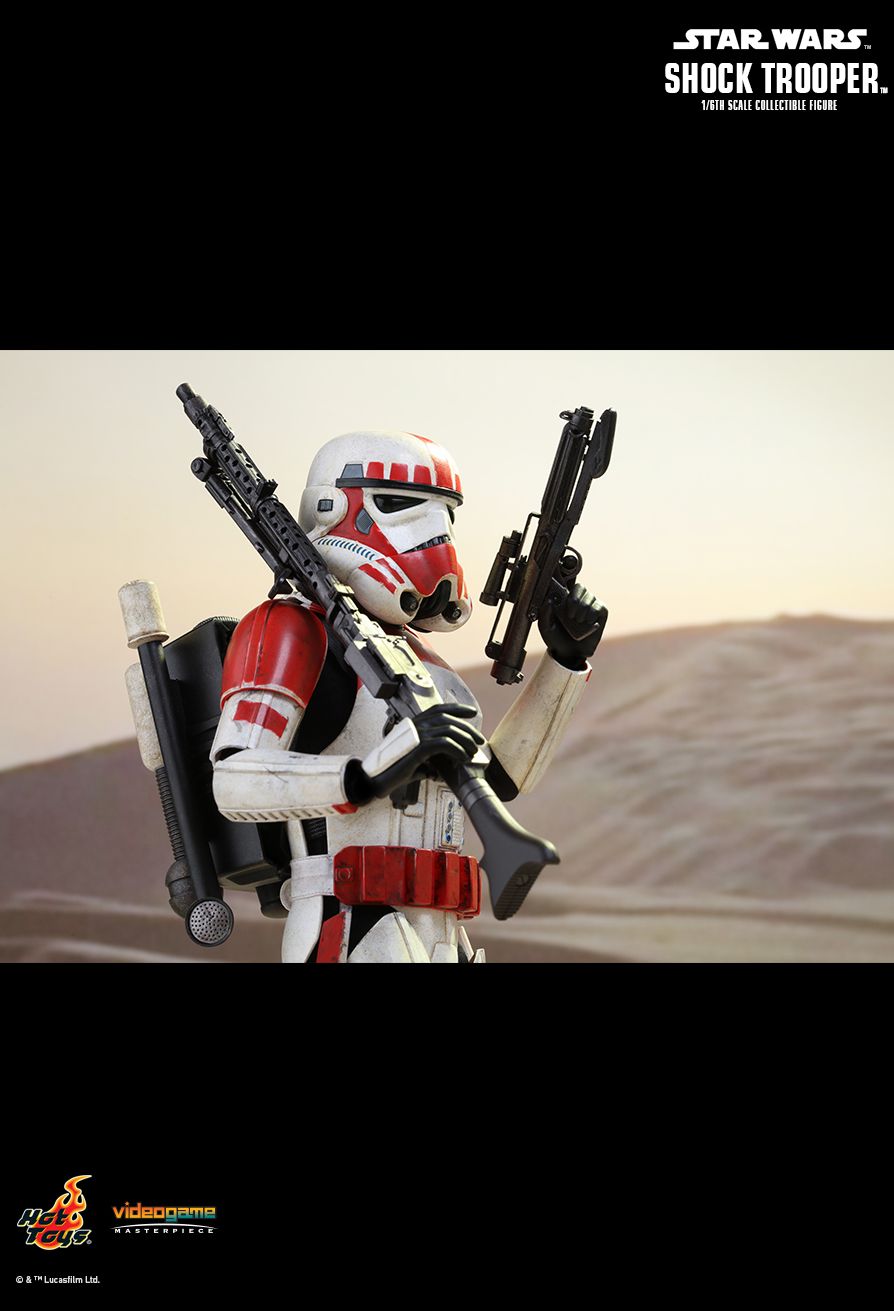 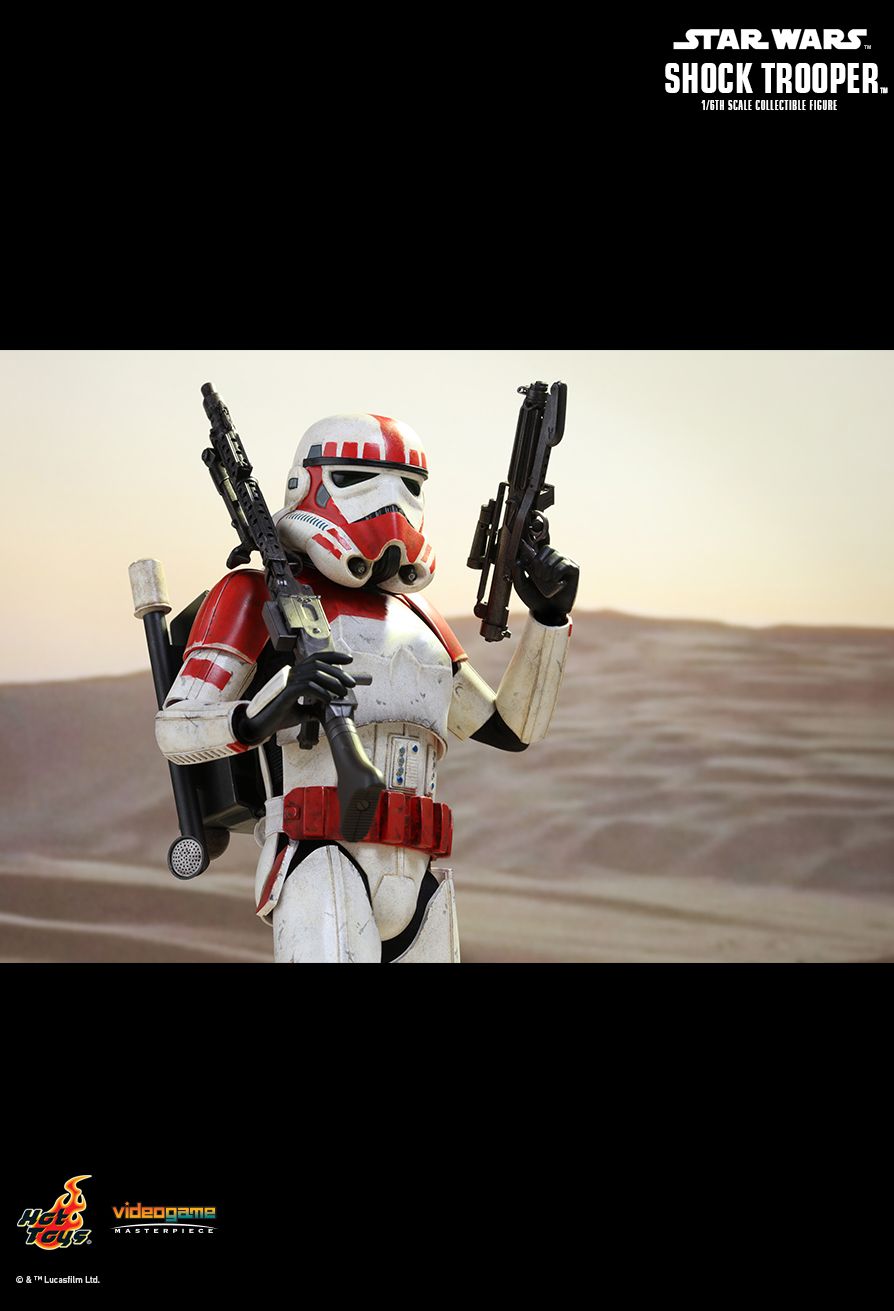 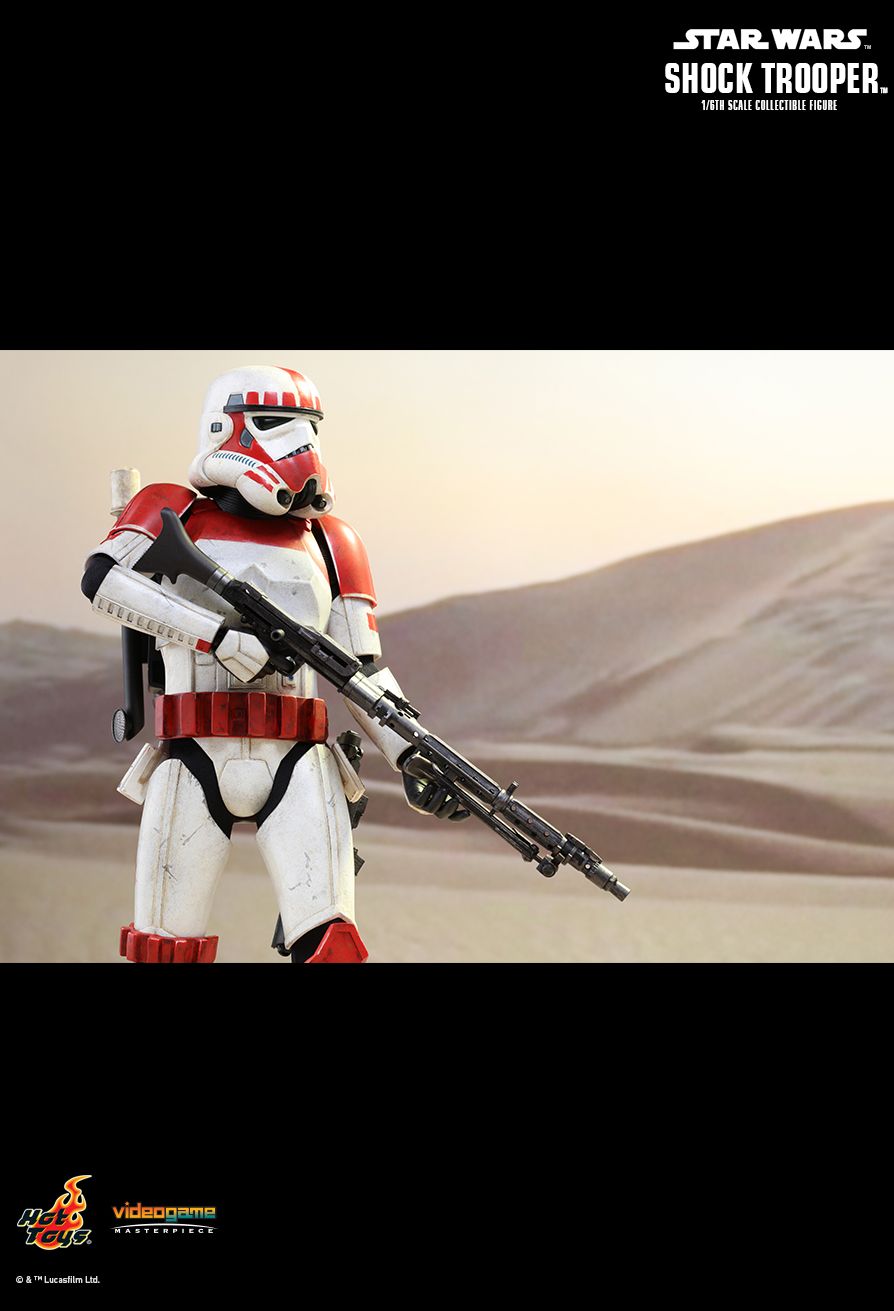 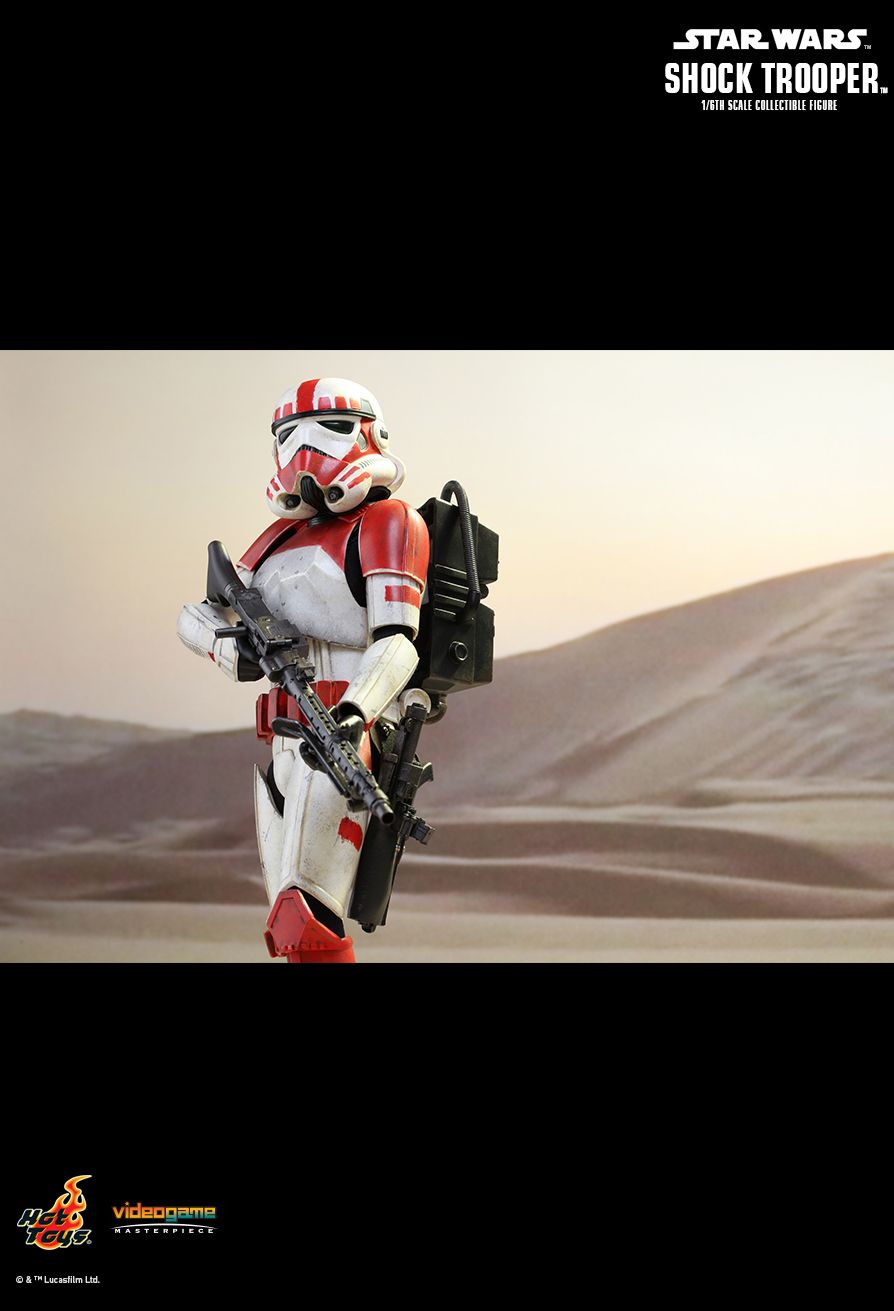 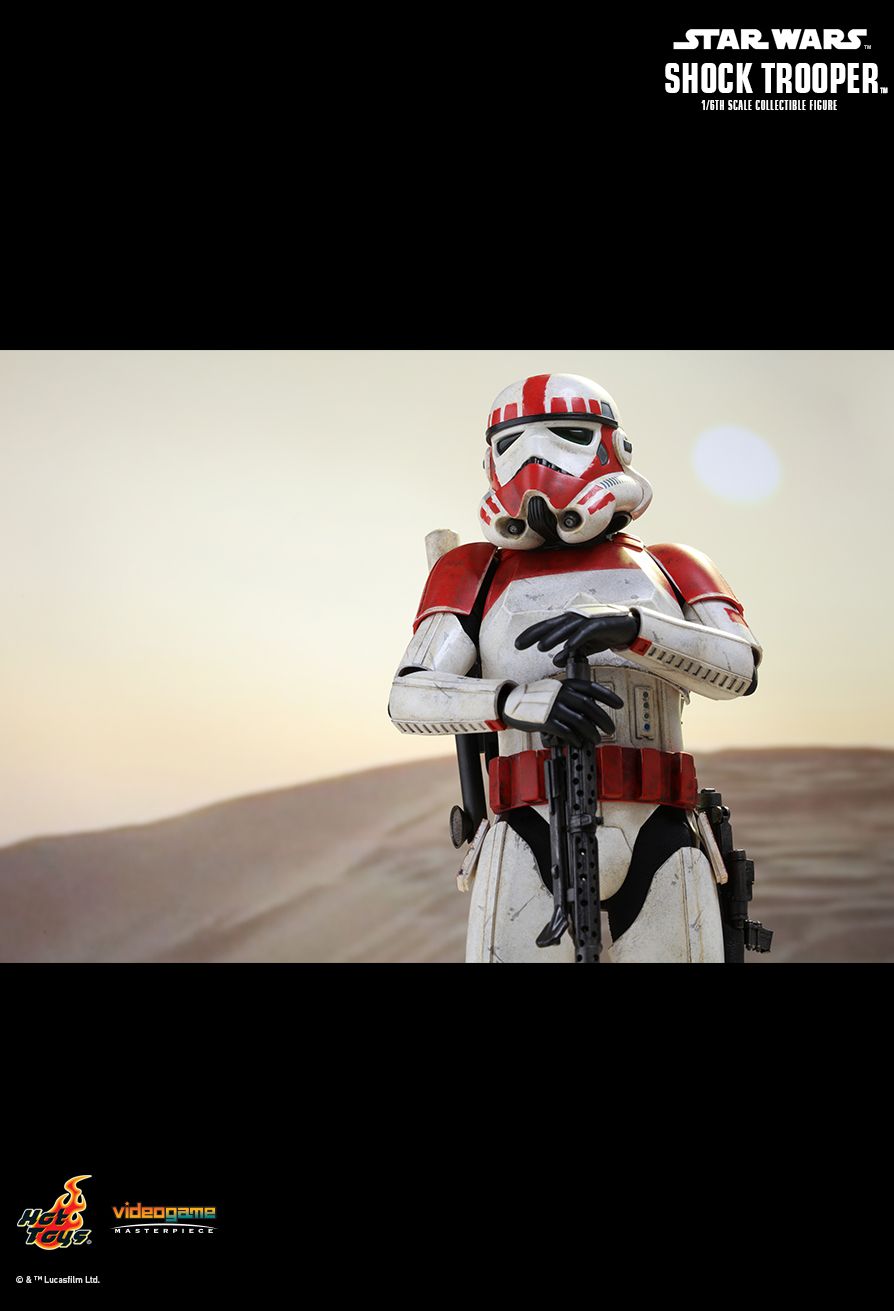 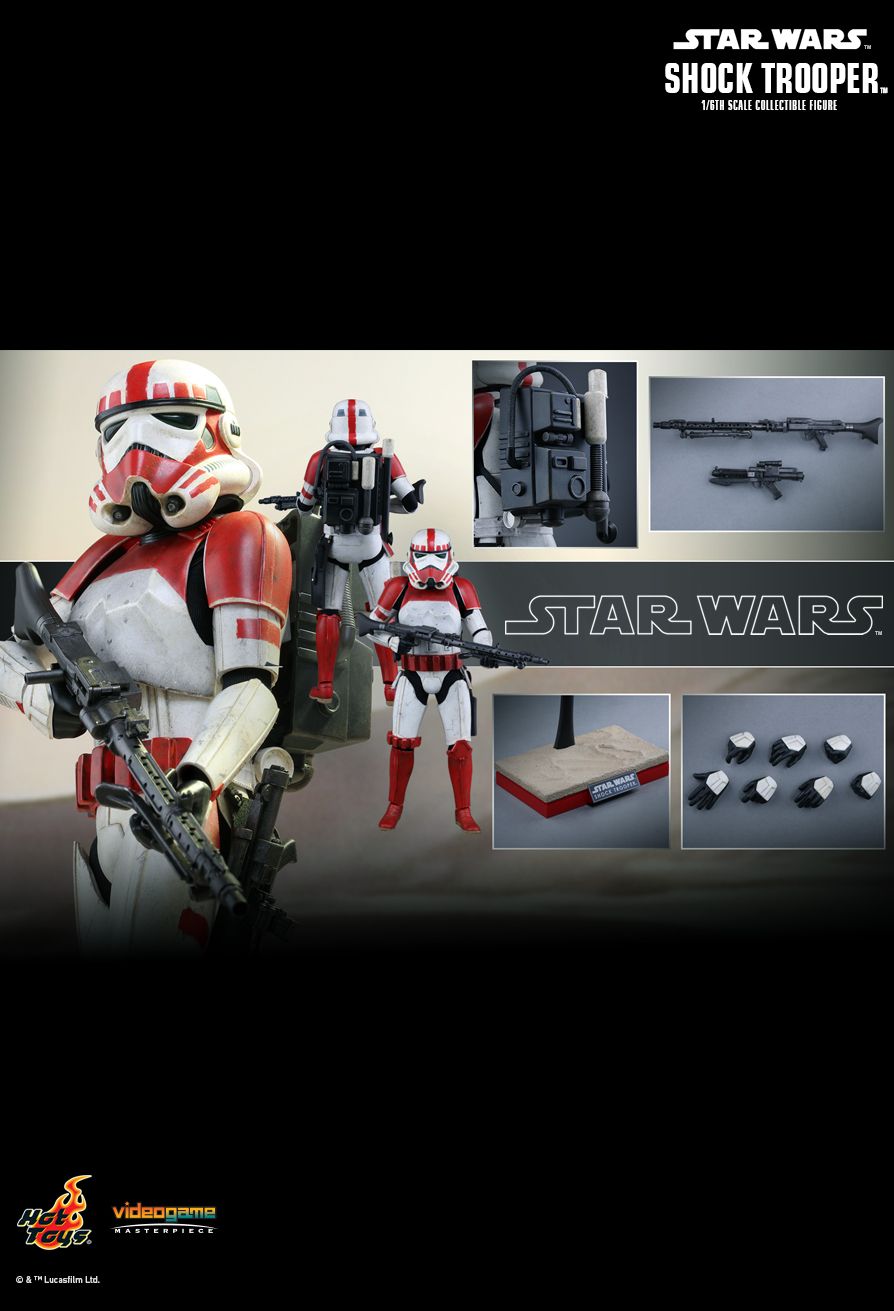 STAR WARS BATTLEFRONT
SHOCK TROOPER
1/6TH SCALE COLLECTIBLE FIGURE
Star Wars Battlefront had been one of the most sough-after Star Wars games of 2015 with 12 million copies sold since its release in November and it was even nominated for the Best Shooter game in The Game Awards 2015! Fans were very excited to get the chance to play as a wide variety of Star Wars characters in this beautiful looking game! As a big Star Wars fans, Hot Toys is thrilled to be creating a series of 1/6th scale collectibles based on this stunning game!

To kick start this new Star Wars collectible series, we are delighted to officially present the 1/6th scale collectible figure of a unique Imperial trooper from the game – the Shock Trooper!

The highly-accurate collectible figure is specially crafted based on the image of Shock Trooper in Star Wars Battlefront featuring the meticulously crafted armor and helmet, the distinctive red and white color paint on armor with weathering effects, detailed weapons and a newly designed equipment backpack, and a desert-themed figure stand!