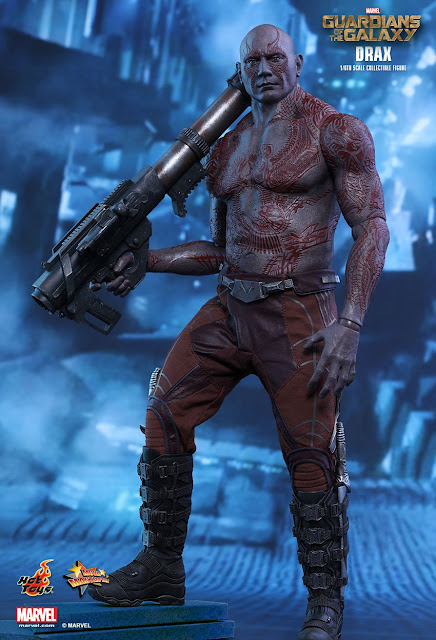 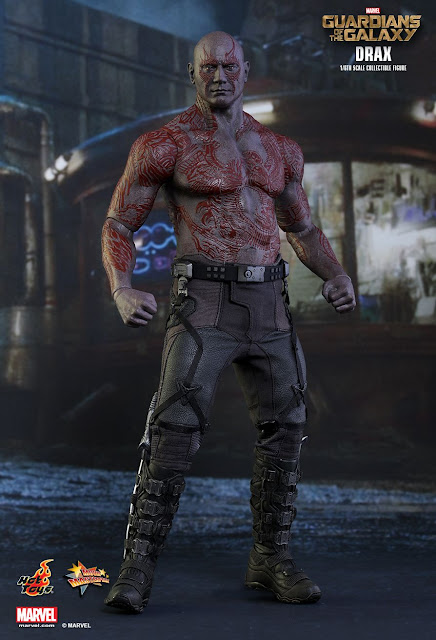 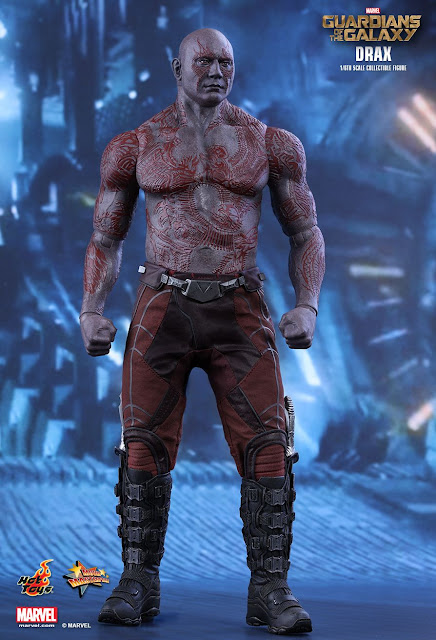 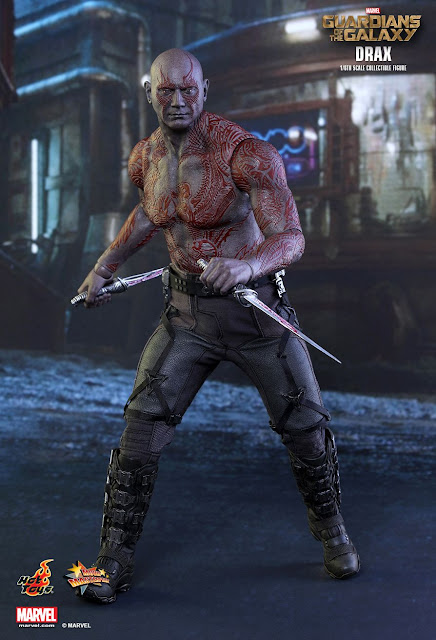 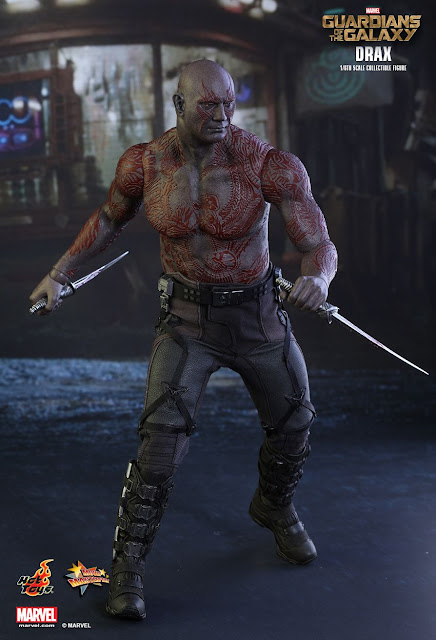 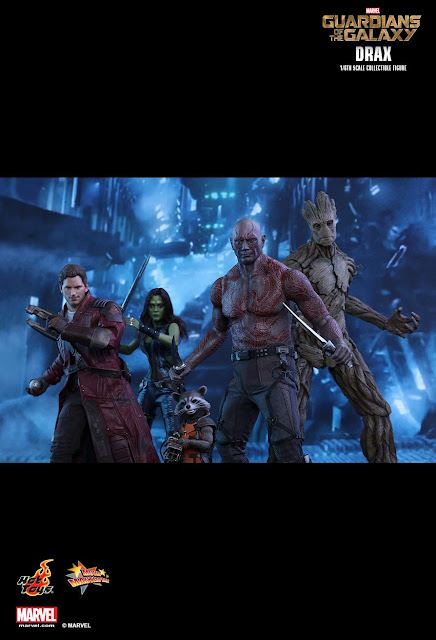 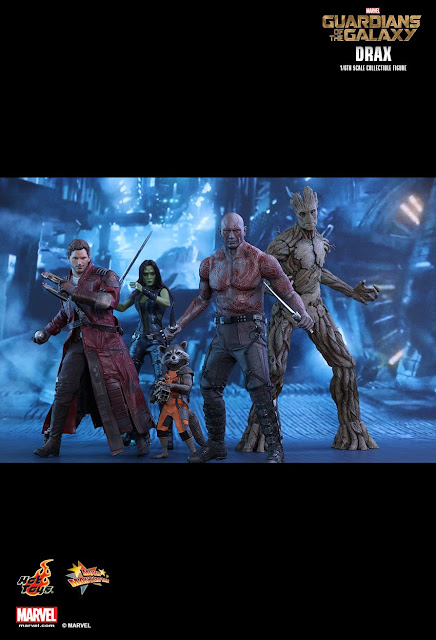 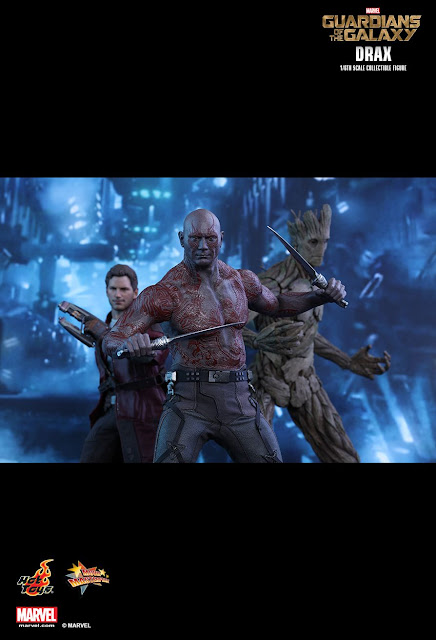 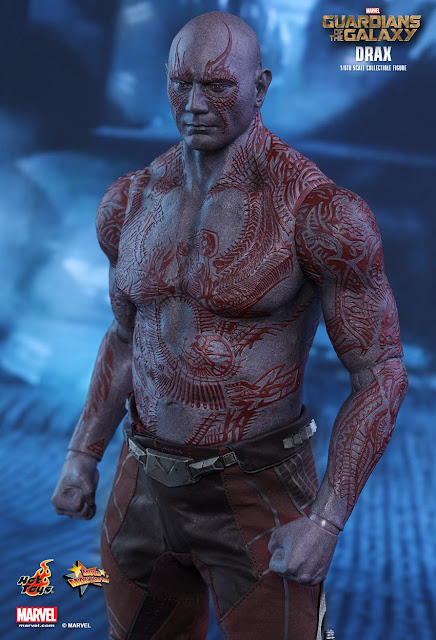 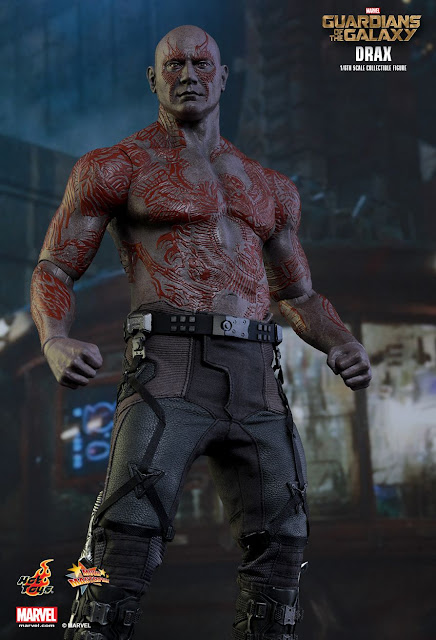 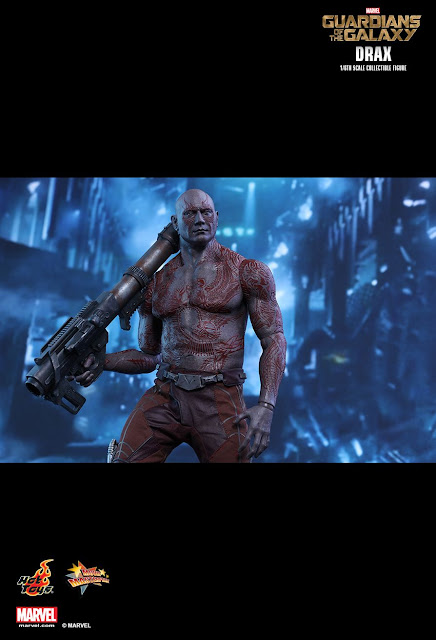 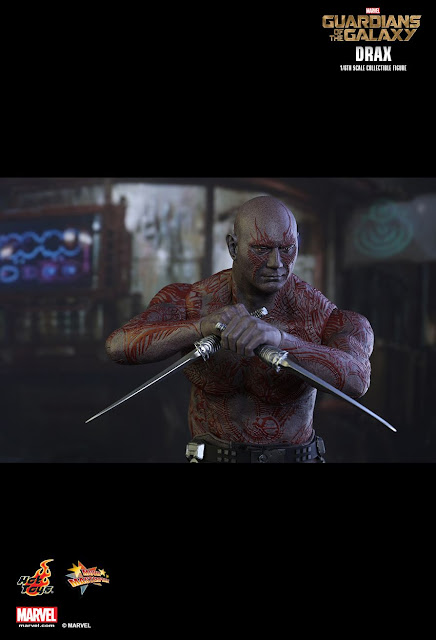 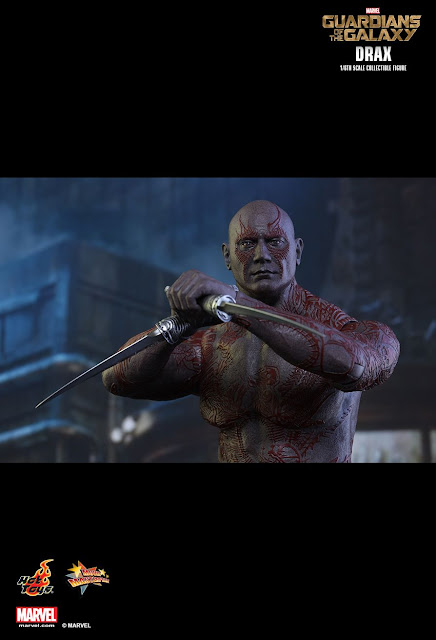 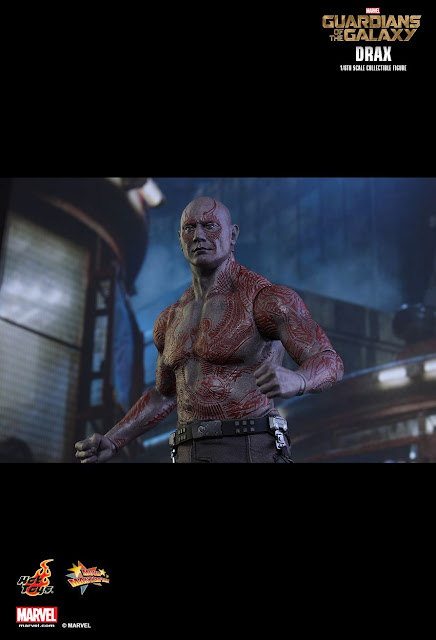 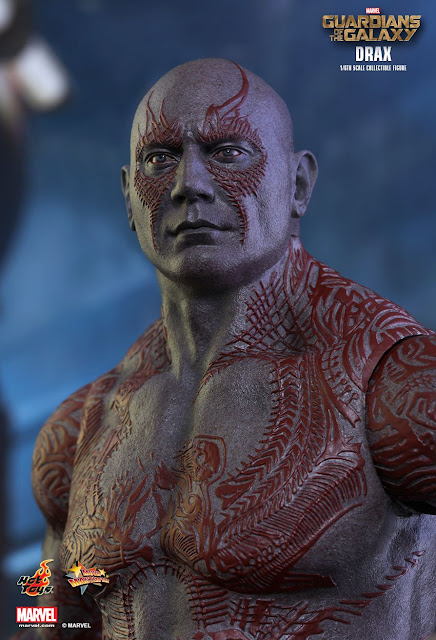 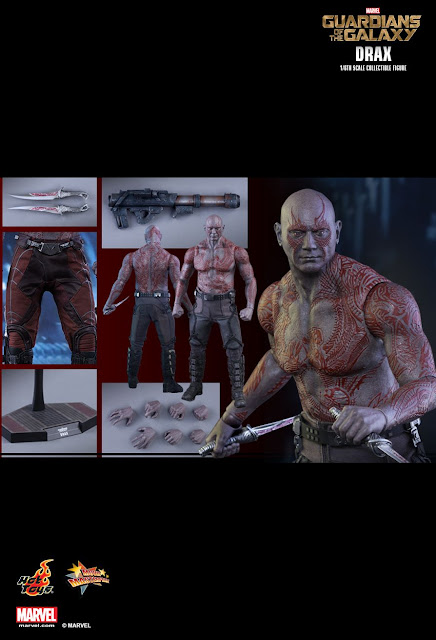 GUARDIANS OF THE GALAXY
DRAX
1/6TH SCALE COLLECTIBLE FIGURE
Fueled by a personal vendetta against those who cost him his family, Drax the Destroyer originally only has revenge on his mind, but after meeting Star-Lord, Drax’s life has been changed with friends on his side. Today, Hot Toys is officially presenting the 1/6th scale collectible figure of Drax the Destroyer for fans to complete their Guardians of the Galaxy team.

The movie-accurate Drax collectible figure is specially crafted based on the image of Dave Bautista in the movie, featuring the newly developed head sculpt, a newly developed muscular body with detailed sculpture of the character’s iconic tattoos, two styles of interchangeable pants, two blades, a rocket launcher, and a Guardians of the Galaxy themed figure stand.

Guardians of the Galaxy fans, don’t let the chance to own this collectible figure fly over your head.
SPECIFICATIONS
The 1/6th scale Drax the Destroyer Collectible Figure specially features:
- Newly developed head sculpt with authentic and detailed likeness of Dave Bautista as Drax the Destroyer in Guardians of the Galaxy
- Highly detailed facial expression with wrinkles, and tattoos
- Newly developed muscular body with over 26 points of articulations and detailed sculpture of the character’s distinctive tattoos
- Specially applied painting on skin and tattoos
- Approximately 32 cm tall
- Seven (7) pieces of interchangeable hands including:
- One (1) pair of fists
- One (1) pair of hands for holding blades
- One (1) pair of open hands
- One (1) right hand for holding rocket launcher
- Each piece of head sculpt is specially hand-painted